A few months ago we proclaimed the White House’s proposal for a new Puerto Rico status plebiscite dead given the budget battles in Congress. At the time all signs pointed to Congress ignoring the budget line item approved in the House of Representatives Committee on Appropriations.

Now, we are seeing evidence that it might not be so dead after all.

Several weeks ago Resident Commissioner Pedro Pierluisi (D-PR) said it was still possible for Congress to address the issue. Now we’re seeing a piece by David Rogers on Politico saying that following the grand budget agreement already signed into law, lawmakers in DC are working on the details of an omnibus spending bill, the likes of which has not been seeing at the Capitol since the debt ceiling fight of 2011. Rogers says:

“At center stage are the House and Senate Appropriations committees, whose staffs have been working through the holidays to try to pull together a draft package — really 12 bills in one.

About half these — covering the Departments of Commerce, Justice, Homeland Security, Defense and Veterans Affairs and major science agencies — have been largely finalized. And right up to New Year’s Eve, there were conference calls with lawmakers Tuesday and reports of continued progress on the major spending issues.”

And that’s exactly what you need to be watching. You may recall that it is in the Commerce, Justice, Science, and Related Agencies Appropriations Act of 2014 where the proposal was included and reported by the Committee. Following the Politico piece, in order for the plebiscite proposal to have survived, negotiators would have had to leave the bill as approved by the house panel nearly intact, despite their intent to cut costs wherever possible.

If you are rooting for the proposal, you have the fact that a Republican controlled committee approved the measure, and presumably they have made the cuts they want already, working for you. In addition, Rogers says the Republicans in Congress are working on their side to reduce defense spending, while Democrats do the same on non-defense areas. Presumably that would be enough to stave off a cut to the $2.5 million proposal that would kill it. David Hawkings on Roll Call confirms this:

“…the top Democrats and Republicans on each House and Senate subcommittee will be told of their cap and then given until Jan. 2 to come up with as much of a plan as they can agree on for dividing that pot of money and altering any policies along the way.”

On the other hand, both sides are still looking for areas to cut, and while the amount requested is minimal, this is a low priority issue that has no consequences for either side politically speaking, given the disorganized state of Puerto Rican influence on federal elections.

The bottom line is, while it’s no sure things, the circumstances are much better than they looked just a few weeks ago, at least for this proposal. There are no updates on HR 2000. 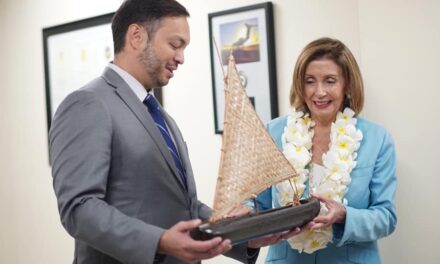