After failing to identify enough funding to make a $422 million payment due today, Puerto Rico has partially defaulted again on its debt, paying only interest amounting to around $52 million, of the debt currently standing at around $72 billion.

In a televised address Sunday evening, Governor Alejandro Garcia Padilla explained his executive order to declare a moratorium on debt payments. The governor blamed Congress and its lack of action for the default saying:

In light of Congress’s inaction, we were forced to enact Law 21 to protect the education, health and public safety and other essential services of our citizens from creditors.

Let me be very clear, this was a painful decision. We would have preferred to have had a legal framework to restructure our debts in an orderly manner.

But faced with the inability to meet the demands of our creditors and the needs of our people, I had to make a choice. I decided that essential services for the 3.5 million American citizens in Puerto Rico came first.

The address came as the Government Development Bank announced that despite the partial default, it would still make payments on interest.

May 1 had been the unofficial deadline Congress was working on to pass legislation to help Puerto Rico with its economic crisis. But after infighting within the Republican party delegation in the US House of Representatives delayed the bill’s approval in the House Committee on Natural Resources, hopes vanished that the legislation would be approved in time to avoid today’s default.

Creditors, the Federal Government and Congress now look to June 1 as the next deadline, the date another payment is due-this time on general obligation bonds-to pass HR 4900, the Puerto Rico Oversight, Management, and Economic Stability Act.

The White House, US Department of the Treasury and territorial officials are pressing Congress to act soon, before the crisis worsens and complicating factors make matters worse. Despite the pressure, GovTrack.us gives PROMESA a 1% chance of being enacted.

If Congress fails to act before a major default, such as one on general obligation bonds, officials have warned of a humanitarian crisis. Puerto Rico’s Constitution guarantees payments to creditors on general obligation debt, before disbursements are made for essential government services. Absent action by Congress, creditors can go to court demanding payment, which would force the US territory to stop offering some services in order to pay debt, potentially starting a major health and humanitarian crisis.

Talks with creditors are ongoing, and despite today’s default and the vanishing hopes of quick action by Congress, the municipal bond market continues to reflect increasing investments in tax-exempt bonds; a sign of how localized the crisis has become.

With a majority of the debt now in the hands of hedge funds, a major default by Puerto Rico will end up affecting mostly the 3.5 million Americans who reside in the territory. Unfortunately for them, only the eternally divided Congress can make a difference now. 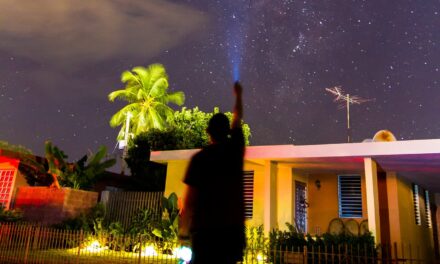 Remnants of blackouts and Hurricanes continue to haunt Puerto Ricans