The House of Representatives of Puerto Rico had a “religious freedom” bill introduced recently, similar to those presented in the United States. It was proposed by Guillermo Miranda Rivera, María M. Charbonier and Speaker of the House Carlos “Johnny” Méndez, who is noted to have organized a 40-day fasting and prayer for legislators during Easter. Though the constitution of Puerto Rico already establishes the right to freely practice religion, The Restoration of Religious Liberty Bill (P. de la C. 1018) seeks to further these rights by having it so that the government doesn’t place a “substantial load towards the free religious practice of a person” and that “a person whose religious rights have been violated in virtue with what is establish in the law” may be able to sue.

The bill has been criticized as it could be interpreted as the legalization to discriminate against the LGBTQ community. In the United States, religious freedom bills have generated controversy as they would allow the right to refuse service to those in same-sex relationships or trans people over religious objectifications. LGBTQ groups have already expressed themselves against this bill with their statement that they would even go to court to stop this bill along with detailing the economic repercussions Puerto Rico would suffer if the archipelago is perceived as anti-LGBTQ. Governor Ricardo Rosselló has already objected against the project: “We reject any legislation, like P. de la C. 1018, that impedes that any citizen receive government services because of the religion they practice or for their sexual orientation.”

If enacted, the bill would prevail over any other laws including laws that ban discrimination in the workplace as long as a religious objection was a motivator. Charbonier has given contradicting statements declaring  that the bill is not to discriminate but to protect a constitutional right yet she also recognizes that the bill, if enacted, could be used for a person to refuse to comply with anti-discrimination laws regarding sexual orientation.

Democracy and civil rights must come before the debt 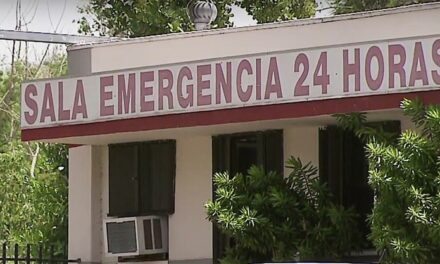