Puerto Rican schools will start back on August 10, after a summer of confusion. In May of this year, Puerto Rico struggled to accept Secretary of Education Julia Keleher’s plan to close nearly 200 schools. The plan will affect around 27,000 of Puerto Rico’s school children, and possibly mean that teachers on year-to-year contracts will not be rehired this fall. By the end of June, there was a list of 167 schools to be closed, and this list was considered final to the dismay of many who were still fighting to get their schools off the list.

The school mergings have placed significant stress on families and schools trying to understand the details of the school consolidations. One particular problem that has arisen concerns school uniforms. Parents of children from schools being closed are concerned about buying uniforms for their new schools, which are often different from their previous schools’. For her part, Keleher has attempted to ease parental fears and stress. For children who will be changing schools, the Secretary of Education has clarified that the children may wear the uniforms from their previous schools in the fall until their parents or guardians can understand what is expected at the new school. It has also been clarified that schools that are not experiencing changes should expect their uniform to be unaffected. In addition, it has been clarified that school principals cannot demand that a uniform is of a particular brand, or have a particular mark. Parents should be able to obtain uniforms from more than one store in order to ensure fairness to all students. The Office of the Secretary of Education made it clear that their priorities are learning and equal access to education over the attire and looks of the students, an admirable goal.

Keleher also explained that school hours would remain the same after there was an explosion of misinformation on social media that the hours would be changed. She confirmed that school hours would be from 8 am to 3 pm as usual in the upcoming school year. Keleher is also urging school principals to make sure that they update their enrollment records in Puerto Rico’s Student Information System (SIE) before July 31. Otherwise, she warns that there will be delays in teacher appointments since, without complete information, they will be unable to appropriately assess levels of need. She is urging parents to register early so that the school principals have the most complete enrollment records possible.

In order to help families prepare for the school year, the first lady of Puerto Rico, Beatriz Isabel Rosselló, created an initiative to gather donated school supplies to distribute to students in need. The initiative is called “Fortaleza Para Ti en Tu Escuela” (Strength for you in your school.) The event was a collaboration that she put together between private companies, government agencies, families, the National Guard, the Ladies’ Civic Club, The Police Athletic League, public employees, and volunteers to gather school supplies for children. They even appealed to the Puerto Rican diaspora in the United States for more supplies. The campaign is being hailed as a success, and on the Facebook page for the campaign many have left personal thank yous to the first lady. The Twitter feed under the campaign’s hashtag #Fortalezaparati is full of positive reports, uplifting photos, and sincere gratitude. Others lamented that the donations were not as good as they were advertised to be, and that some children left the event without the promised materials.

In preparation for the school year, some families can apply for extra financial assistance. Needy families can receive up to $300 per child in assistance for the upcoming school year. The funding has been available since July 14 for families who are beneficiaries of the TANF (Temporary Assistance for Needy Families) program. TANF is a federally funded program benefiting families in need, and many Puerto Rican families are struggling with the financial requirements of a new school year due to the financial crisis. The funding available may help ease the financial burden of buying school supplies and uniforms.

Also announced in July was a team-teaching project that gives hope to former teachers who were employed on temporary contracts. Keleher announced the plan in July, which will employ 1,000 transitional teachers on temporary one-year contracts. The contracts will go to teachers who were previously employed on temporary contracts during the 2016-2017 school year that were not renewed for the upcoming school year. The federally funded program saves these teachers from unemployment and allows them to co-teach classrooms with another teacher. These co-teachers will be employed in schools that are receiving students from closed schools and low-performing schools. The teachers will receive extra support and training throughout the school year as well.

After a confusing and stressful summer for parents and teachers, Keleher and her department have been able to clarify some problems and ease some parental fears. The true test of the new plan will come when schools open on August 10. Hopefully, students, parents, and teachers will be able to adjust with ease. 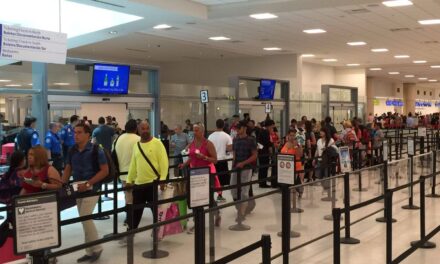 Puerto Rico is losing population at an alarming rate