Despite the fact that the Federal Government was being warned days ahead by the National Weather Service that Hurricane Maria could strike the islands as a “dangerous major hurricane”, the response in Puerto Rico has been slow. The weakened infrastructure, geography and the prior damage by Hurricane Irma just days before made it difficult to visit, according to officials.

It took administration officials five days to survey the damage in Puerto Rico, returning back to Washington that night. It was the same day that Trump tweeted about the hurricane. Six days until the first meeting was held in the Situation Room about Puerto Rico. Six days for Trump to announce a visit to the islands, for a visit that was to be set nearly two weeks after landfall. Six days for the USNS Comfort, the only U.S. navy hospital ship, to be deployed to Puerto Rico, and it did not reach there until October 3.

The difference is striking compared to the response to Hurricane Irma in Florida. As of October 13, after Hurricane Maria making landfall on September 20, there are more than 20,000 federal personal and military in Puerto Rico, 1,600 of them FEMA. According to the FEMA website, an unspecified “millions” of meals and “millions” of liters of water have been distributed throughout the islands. Hurricane Irma made landfall in Florida on September 10. By September 14, there were a reported 40,000 federal personnel on the ground, 2,650 of them FEMA.

It took two days for Trump to make an announcement that he was to visit Florida, visiting the very next day. His words were drastically different compared to his words on Hurricane Maria. When it came to Florida and Hurricane Irma, the administration praised the great job by the government, the local officials and promised that they would be there for the long haul.

When it came to Puerto Rico and Hurricane Maria, Trump told local officials that they have thrown the federal budget “out of whack”, the death toll was nothing compared to a “real catastrophe” like Katrina, and FEMA can’t stay there “forever” (history has shown though that FEMA has helped in natural disaster situations for years).

Two days before Hurricane Irma hit, the Jones Act was waived. This law limits movements between US ports to US-built, flagged and staffed ships. (It was previously temporary suspended after Superstorm Sandy in 2012.) The waiver was set in place for a week for Hurricane Irma, allowing foreign-flagged vessels to transport fuel to areas affected.

There was hesitation when it came to Puerto Rico. Homeland Security stated that it would only be waived when national security was at stake. It was waived after 8 days of hesitation and was given a ten day waiver— and then was allowed to expire, having the islands return to paying double the shipping costs to import goods from the U.S. mainland. There is some battle in Congress to get rid of the Jones Act all together, but there is little hope that it will happen soon.

The roads and the lack of electricity are still an issue for officials. As of October 13, out of the 5,073 miles of road in Puerto Rico, only 392 roads are open. Only 9% of the islands has electricity. There are only 10 regional staging areas with FEMA, where the National Guard is delivering supplies, for the 78 municipalities of Puerto Rico. 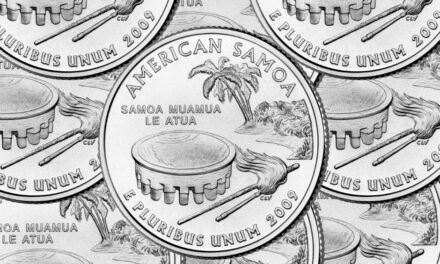