Various companies offered their help and innovative technologies for restoring communications and basic facilities in Puerto Rico. Technologies such as Google’s Project Loon, or smaller initiatives such as K-TOR generators or Lifestraws water filters, are crucial for well-being of the islanders.

Moreover, even before the hurricane hit Puerto Rico, its electricity system as well as other facilities and technologies, urgently needed modernization. Right now, in many parts of the islands it makes no sense to try to “patch” them. Therefore, it is worth trying to rebuild Puerto Rico by using innovative technologies.

I believe in our collective capacity to overcome current challenges& become an example of excellence in public ed https://t.co/nDV2bGRLJL

The situation around the educational system in Puerto Rico is still challenging after the landfall of Hurricane Maria. While schools opened in San Juan and Mayagüez and there has been progress in Bayamon, Ponce, Caguas, Humacao and Arecibo, the main problem is how to ensure safety of them as well as how to overcome the emotional impact of the hurricane. The Secretary of Education of Puerto Rico, Julia Keleher, sees these challenges as an opportunity to rebuild the whole system of public education. The plan is to make public schools safer, more efficient, innovative and competitive.

AT THE SAME TIME, THE CONTROVERSY AND COMPLICATIONS OVER POWER RESTORATION CONTRACTS MAKE THE PROCESS EVEN SLOWER

FEMA was unaware of the Whitefish contract and learned about it only when it was signed by the board of PREPA. The non-bid contract raised questions over the way it was negotiated and over the ability of a small Montana-based company to handle such a task. Ultimately, Puerto Rican officials decided to cancel the $300 million contract.

WHICH DID NOT MAKE THE SITUATION EASIER…

Puerto Rico power restoration: Why it is taking so long https://t.co/6Hd6BdJdEG via @USATODAY

While the battle for statehood will take longer than expected since recovery efforts take a long time and a lot of efforts, Puerto Rico is now in the foreground of American politics, and this could be a huge asset for challenging the status of the islands of Puerto Rico. 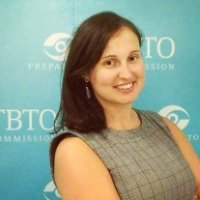