In the weeks following hurricane Maria, Puerto Ricans knew that their beloved archipelago wouldn’t be the same. Before cellular communication was returned to normality, radio stations would receive messages and pass them on during their broadcasts. It was through these messages that people were able to know if family members were good and well; if or when they would be able to resume their jobs; which stores were operational and opened; and if students would be able to return to their schools and colleges.

The public higher education institution in Puerto Rico is in a tough situation. The University of Puerto Rico had been facing budgetary cuts just months before, and had started fall semester late due to student protests. The 11 campuses incurred a total of $119 million in property damages to their infrastructure because of the hurricane. The university resumed its semester in October, and students will continue until February. The second semester will start a week after their final exams. In contrast, private universities, such as University of the Sacred Heart (Sagrado Corazón) and Interamerican University of Puerto Rico, suffered less damages and were able to begin their semester earlier than the UPR.

As aid made its way to Puerto Rico, American universities contributed in their own way by waiving or reducing their tuition to make it possible for Puerto Rican students to continue pursuing their higher education. The most prominent stories have come from Florida and New York, due to the strong Puerto Rican diaspora that resides there. The reduced tuition programs were also open to students from the US Virgin Islands. With this option, students faced the tough decision of whether to stay on the islands or continue their education in the US mainland.

A 2010 study discussed how college students were at an increased risks for psychological symptoms following a disaster. The hurricane certainly brought more stress to the daily lives of Puerto Ricans: students now have increased responsibilities at home while also juggling their academic workloads. Students who were displaced also have to tackle these duties while adjusting to an unfamiliar setting. In the study, students reported having higher levels of anxiety and stress than before the hurricane.

Another study observed how resilient university students are in pursuing their educations. It found that “students who have a strong desire to complete their college degree may persist in the face of hardships and adversities” and, that financial aid availability was significant in a student’s persistence. There are also students who have decided to continue their education in Puerto Rico despite any hardships they encounter. Similar to the students in the study whose campus was heavily affected and limited in resources, students in the Rio Piedras campus have also had their set of obstacles.

Hector Vargas is an art history student who travels two hours each week from his parents house in Guanica to Rio Piedras. When asked how the hurricane had affected him, he said that not having internet access has affected his ability to complete academic work during the weekends. He says he has stayed on campus during weekends, but he misses his family too much to do it on a frequent basis. He made note of how it has been one thing after another, all the way back to the blackout of September of last year, to the local and US elections, the May protests and the longest student strike, to the hurricane and its aftermath.

When asked about his family he said, “It’s brought us closer in a way. We were close before but now more so.” He also mentioned his friends who helped him after the hurricane by inviting him to their house to use their WiFi.

Another student, Johanses Rios, is in a similar situation of not having internet access or electricity. On top of it he has a part time job that is going to be tougher during the holiday season. While students in the US are taking their final exams, students in Puerto Rico are still in the middle of their semester. They have commented that professors haven’t been able to adapt accordingly to the new reality. “Not all professors have taken into account that we don’t all have internet and/or electricity, especially since the workload seems to have increased compared to other semesters” commented Johanses Rios, who doesn’t have electricity in his hometown of Guayanilla. He has expressed having higher levels of stress because of the increased academic workload and having to juggle it with his part time job.

The university owned dorm, Torre Norte (North Tower), was deemed unlivable for this semester after sustaining heavy damage. While some students waited for the university to relocate them, others decided to pay monthly rent in nearby apartments. International students shared their story to El Nuevo Dia. It was the first time these students experienced a hurricane. There were those that were sent back home and others that chose to stay, to not only finish their education in Puerto Rico, but to volunteer in the recovery efforts.

Due to the property damages, UPR students have had to adjust to a new reality. The libraries on the campuses, which offer access to computers, research materials, and printing machines are either opening three months into the semester or remain closed. Professors have been moved from their offices due to mold and damage. Some campuses are making progress in re-establishing nocturnal classes, while others move them to Saturday. This means that students who travel to the university now stay in their dorms during the weekends and have less interaction with their family. The university administration has private insurance but is also requesting funding from FEMA for repairs. Students have received tuition assistance and scholarships, both in the US mainland and in Puerto Rico, allowing them to continue their academic pursuits. 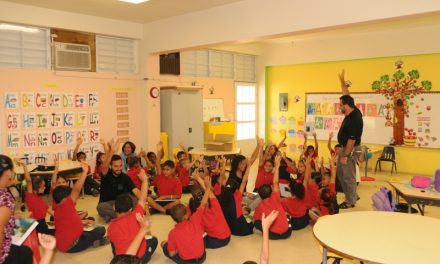