The US Virgin Islands are still in the process of rebuilding infrastructure following hurricanes Maria and Irma, and this process is extremely difficult from a financial standpoint as the USVI government was already cash-strapped and involved in a major budget crisis before the storms even hit. Regardless of the monetary costs that arise after natural disasters, the human costs go beyond just fixing and constructing new bridges and roads, as rebuilding communities and relationships are paramount to the territory’s survival and recovery. Much of the immediate and long term human needs felt by families and individuals are tackled by the extraordinary people who work at nonprofits. To address short term needs, nonprofits often help by providing up-to-date information, assist FEMA when filling out forms for those with limited literacy and language barriers, aid in the distribution of donations such as clothing and food, and monitor vulnerable members of society. Addressing short term needs can save lives in the immediate aftermath of a disaster, but vulnerable citizens may easily become left behind once the dust has settled and government groups like FEMA have exhausted their services and then proceed to leave the territory. FEMA representatives regularly state that “all disasters start and end locally,” emphasizing that FEMA expects local nonprofits and other organizations to continue the recovery process for those citizens still in need, stating that  long term recovery may last somewhere between three and five years.

Recently, by means of the Office of Management and Budget (OMB), the Government of the Virgin Islands announced that it could no longer provide law-mandated funding to nonprofits in the territory, and that organizations such as the Women’s Coalition, Men’s Coalition, and the Virgin Islands Partners for Recovery, would be left out of budget considerations. These nonprofits offer essential assistance to help those affected by domestic violence, mental health struggles, and substance abuse, just to name a few of the services provided by these groups. On March 20, Senator Nereida Rivera-O’Reilly, who chairs the Senate Committee on Health, Hospitals and Human Services, along with representatives from several nonprofit organizations, led a four hour meeting at the Government Employees’ Retirement System building on St. Croix, and via teleconference at the West Indian Company conference room in St. Thomas to address this issue. Sen Rivera-O’Reilly is very familiar with the important work that nonprofits provide on the islands. Over the years, Sen Rivera-O’Reilly has been involved with several non-profit organizations including the VI Commission on the Status of Women, the VI Humanities Council Board, and the St. Croix Environmental Association. Currently, Sen Rivera-O’Reilly is a member of the Steering Committee for My Brother’s Workshop, a nonprofit whose goal is to provide hope, faith, and purpose to at-risk and high-risk young people in the USVI by offering mentoring, counseling, paid job training, education, and job placement. Clema Lewis, executive director of the Women’s Coalition of St. Croix, requested that senators pass legislation that would see the funding for nonprofits being moved from the miscellaneous section of the budget to a section that would garner more attention from legislators. Senators O’Reilly, Kurt Vialet, Sammuel Sanes, Marvin Blyden and Novelle Francis were also in attendance at this meeting, and agreed to craft the legislation that would further help the causes of nonprofits conducting crucial social work in the territory.

Following Sen Rivera-O’Reilly’s meeting, later that same day Governor Kenneth Mapp announced that he had directed the OMB to release law-mandated funds to local nonprofit organizations, arguing that those nonprofits that provide social, health and safety services must be a priority, saying, “While we must acknowledge that revenues to the government were far reduced in the immediate aftermath of the storms, funding for those organizations that provide life sustaining services to our community must be addressed.” According to Government House, Mr. Mapp directed OMB to work with the Department of Finance to release funds to those entities as soon as is possible. 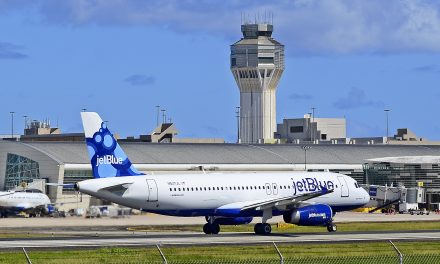 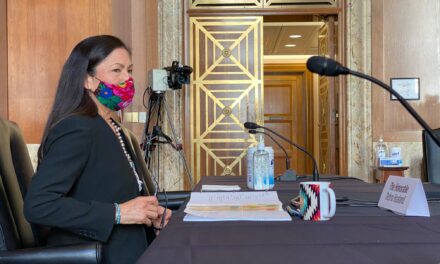