The American Samoa Government recently got access to the second insurance payment for damages from Tropical Storm Gita, according to the Insurance Commissioner Peter Fuimaono. The government’s total claim to insurer, Lloyds of London, for damages to government facilities stands at $15 million, out of which, a $5 million payment had been received last year.

The federal funds are expected to continue providing short term relief and stability with the territory still struggling with a potential economic disaster. A week earlier, a draft economic development strategy released by the American Samoa Commerce Department called for diversification of the economy to cope up with the “harsh reality” in the case of shutdown of American Samoa’s last tuna cannery, StarKist.

The United States Environmental Protection Agency (EPA) fined StarKist and its subsidiary StarKist Samoa Co., $84,500 earlier for failing to institute the required upgrades needed to safeguard against the risk of toxic substances and emanations and water pollution. This fine is one in the series that StarKist agreed to pay since the last year.

Although the company has been facing fines and penalties that threaten the existence of the company the firm has reassured its commitment to American Samoa. Andrew Choe, the company’s president and chief executive officer, recently told the American Samoa Governor Lolo Matalasi Moliga about the company’s intentions to continue in the territory despite of the challenges which include rising labour costs, availability of fish and the departure of vessels along with the federal fines.

The report mentioned American Samoa’s disproportional reliance on federal funds and tuna canneries with public consultations for the growth of the economy, creation of new industries and the negative impacts of rising minimum wage reached the deadline at the end of April.

Governor Lolo had expressed concerns over a series of federally mandated increase in wages last year, stating that it would make the territory more dependent on the US; American Samoa is now pushing to have more control over the changes to the territory’s minimum wage. A planner with the Commerce Department, Michael McDonald said that the territory plans to use local input and data to make more sensible decisions.

Without COVID-19 cases, how does American Samoa’s vaccination rate compare to other US jurisdictions?

After its first COVID-19 case, American Samoa focuses on vaccines 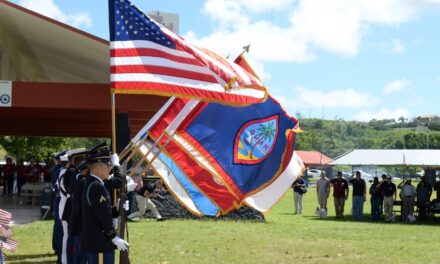