Puerto Rico Resident Commissioner Jenniffer González-Colón (NPP, R) applauded the determination of the United States Court of Appeals for the First Circuit recognizing the equal rights of American citizens residing in the territory in the US v Vaello-Madero case after the court decision was released,  where Gonzalez-Colon appeared as a friend of the court. The court overrode the exclusion of Puerto Rico residents from eligibility into the Supplemental Security Income program.

“Puerto Rico’s territorial status has been the cause of the discrimination suffered by the Americans living on the island by turning their citizenship into a second class American citizenship. Today’s First Circuit opinion confirms the decision that invalidates the provision of law that allows Americans residing on the Island to not qualify for SSI, prevailing Judge Gelpí’s decision in our fight for Equality for Puerto Rico since there is no rational reason to exclude ourselves. We have fought for this in Congress and in court as a friend of the court in support of Puerto Rico residents who were unable to participate in the program merely because of their place of residence. Once again we validated access to the program and what this represents for our older people on the Island,” said González-Colón.

“SSI is a program entered by poverty index in which the federal government economically assists people 65 years of age or younger under the poverty line or disabilities or special conditions or minors with conditions such as cancer, cerebral palsy syndrome down, sclerosis among other conditions that affect the family and the individual can generate sufficient income to live. Unlike traditional Social Security, SSI does not require a beneficiary to make payments in the program to be eligible for program benefits. In the moments we are currently leaving, SSI is an achievement that will provide tranquility, hope and social justice to more than 300,000 citizens in Puerto Rico, ” Rep. Gonzalez added.

SSI is the only federal income support program targeted at families with disabled children. The Puerto Rico program that applies instead of SSI— the AABD— does not provide aid for disabled children who are not blind.

In the states, the help provided by the SSI keeps 66% of the total beneficiaries and 59% of the families with disabled children above the poverty level that without the SSI would fall below. 14% of SSI recipients are minors with disabilities including Down syndrome, autism, cancer, and cerebral palsy. SSI is a program of last resort because beneficiaries must apply for all other benefits for which they may be eligible before they can receive assistance under that program.

The maximum income to qualify for SSI is $750 monthly per individual or $1,125 monthly per couple. In the program that applies in Puerto Rico, AABD, it is $65.

The average SSI beneficiary receives $ 533 monthly ($662 for children with disabilities) whereas the average benefit under the program that applies in Puerto Rico— the AABD— is $77 per month. 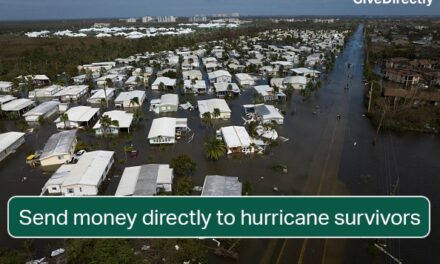