The Senator’s endorsement came in an announcement of her plan to support 20 progressive women in Congressional and local races across the country.

In a tweet by Warren Democrats, the organization formed from the core of the former Warren presidential campaign, Mayor Yulin-Cruz is called “one of the strongest voices against President Trump’s negligence and abuse towards Puerto Rico.”

.@CarmenYulinCruz has been a strong voice against Trump’s negligence and abuse toward the people of Puerto Rico. No matter how hard the fight, she persisted and made sure Puerto Rico was treated with dignity and respect. We’re proud to support her candidacy for Governor of PR. pic.twitter.com/2yNsl2PRK6

The endorsement by Senator Warren highlighted the political notoriety of the San Juan mayor, who became a household name on the mainland after her highly-publicized feud with President Trump over disaster relief following Hurricanes Irma and Maria in 2017.

The mayor capitalized on her political capital by signing on as one of Senator Bernie Sander’s four campaign co-chairs for his 2020 presidential campaign, joining in February of 2019 and serving until the suspension of his campaign earlier this month.

A high-profile endorsement from a mainland Senator is rare in Puerto Rican politics, especially considering that the general election candidate of the PDP will face incumbent governor Wanda Vázquez, another Democrat.

Senator Warren’s decision to endorse in the Puerto Rico governor’s race echoes the attention she gave the territory when she ran for president, as one of the few Democratic candidates to visit in person, which she did twice.

“Honored to be one of the 20 women endorsed today by Senator Elizabeth Warren,” said Mayor Cruz in a tweet. “This fight is to achieve an economic system where it is clear that progress belongs to everyone or it is not progress.” 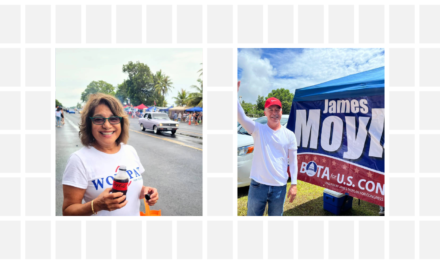