Within the framework of the commemoration of the 105th anniversary of the granting of United States Citizenship to the people of Puerto Rico, a group of members of Congress, led by Puerto Rico’s sole representative in Congress, Resident Commissioner Jenniffer González-Colón (NPP, R), called on their colleagues to respect the Puerto Rican voters’ support for statehood in the last three plebiscites and outlines a process to formally admit the islands into the union as a State.

“We Puerto Ricans treasure our US citizenship and have honored it with a quarter of a million of our men and women serving for over a century in the Armed Forces. In 2022 it is not acceptable to tell citizens of your country that if they want to be treated equally, they should move to another part of it. Recognizing the fullness of rights and powers to a group of citizens does not diminish those of the rest of the citizens, nor does it harm their unity or identity. On the contrary, it makes them stronger because it affirms the bond of democratic values”, said González-Colón.

González-Colón emphasized that “the willingness of citizens to enjoy full rights and assume full responsibilities should be respected. The people of Puerto Rico have voted more than once to reject the current territorial status, and in November 2020 a clear majority of 53% voted for statehood in an up-or-down vote.  That’s why I’m proud to have partnered with Congressman Darren Soto of Florida to introduce bipartisan legislation to achieve this goal”.

“Today, we celebrate 105 years of Puerto Ricans being granted American citizenship. I proudly stood with Representative Jenniffer González-Colón and bipartisan supporters of our Statehood bill to commemorate this day and highlight the importance of granting equality to our fellow Americans”, said Darren Soto.

“Today marks 105 years since Puerto Rico residents became US citizens. Despite their numerous and substantial contributions to our country, our fellow American citizens living in Puerto Rico have not been granted the same respect and equal treatment as all Americans. It’s time for Congress to finally take action on the Puerto Rico Statehood Admission Act. I’m proud to lead this legislation in the Senate to set up a clear process to formally admit Puerto Rico, on an equal footing with the rest of our 50 states. Allowing Puerto Rico to finally achieve statehood and receive full representation in the United States government is long, long overdue.” said Senator Heinrich.

“After 105 years as citizens of the United States, we celebrate the benefits, the privileges, and the freedoms that are guaranteed to us, and at the same time, we demand equal rights under the American flag. We, as American citizens, are not asking for special treatment; we are asking for equality.  In fact, we demand it. Because as our democratic tradition has taught us, we went to the polls and voted for that equality.  We went to the polls and chose statehood.  And now demand that the will of our people be heard. Statehood is our chosen path to equality.  And we will fight for it until we achieve”, added Governor Pierluisi.

HR 1522, the Puerto Rico Statehood Admission Act, has 79 bipartisan co-sponsors.  It establishes a clear process to enable the Island’s admission into the Union, should it be ratified by Puerto Rico voters in a federally sponsored, yes-or-no referendum. It is the status bill with the most co-sponsors in Congress and the only one to have garnered bipartisan support in the House. Additionally, it has no constitutional flaws according to the US Department of Justice and it is truly democratic, leaving the resolution of the territorial status in the hands of the voters of Puerto Rico.

Guam’s Delegate San Nicolas said that “While Guam’s political status desires currently remain undetermined by its peoples, they fully realize that it likewise remains unreconciled, and that can not continue. All Territories must be afforded the opportunity to reconcile their inconclusive political statuses with the United States, and if the choice of the people of Puerto Rico is statehood, Guam stands in full solidarity with our sister territory in their quest.”

At the beginning of the week, members of the Congressional shadow delegation had meetings with members of Congress or their staff along with residents of other states that support statehood for Puerto Rico. Those supporters of statehood came from Arkansas, Washington, DC, Florida, Georgia, Maryland, North Carolina, New Jersey, Pennsylvania, Rhode Island, Texas, Virginia, Kentucky, New York, and Puerto Rico. Many state legislators from Puerto Rico also had meetings with members of Congress during the week to advocate for HR 1522.

Afterward, several members of Congress spoke on the floor in favor of statehood for Puerto Rico. 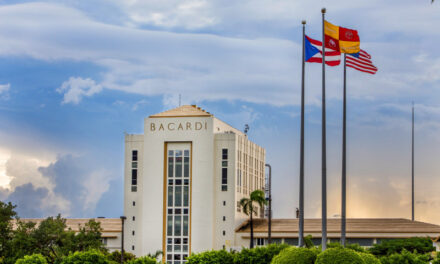 US House committees look to LUMA for answers after Hurricane Fiona