A federal grand jury in San Juan, Puerto Rico returned an indictment on May 4 charging Javier García-Pérez (NPP), the Mayor of Aguas Buenas, with conspiracy, soliciting bribes, and extortion. In a separate indictment, Reinaldo Vargas-Rodriguez (NPP), the Mayor of Humacao was also charged with conspiracy, soliciting bribes, and extortion.

According to court documents, Javier García-Pérez, 46, of Aguas Buenas, was involved in a bribery conspiracy in which, from 2017 through 2021, he received and accepted cash payments from two businessmen in exchange for awarding municipal contracts for waste disposal services, asphalt and paving services, and debris removal and paying outstanding invoices on the contracts. The indictment alleges that García-Pérez received at least $32,000 in cash payments from August 2020 through September 2021 from the two businessmen.

A second indictment alleges that Reinaldo Vargas-Rodriguez, 48, of Humacao, was involved in a bribery conspiracy in which, from January to July 2021, he received and accepted cash payments from two businessmen in exchange for awarding municipal contracts for waste disposal and asphalt and paving services, and for paying outstanding invoices on the contracts. The indictment alleges that Vargas-Rodriguez received at least $15,000 in cash payments from March 18, 2021, through April 15, 2021, from the two businessmen.

If convicted of all counts, García-Pérez and Vargas-Rodriguez face a maximum penalty of 20 years in prison. A federal district court judge will determine any sentence after considering the US Sentencing Guidelines and other statutory factors.

Assistant Attorney General Kenneth A. Polite, Jr. of the Justice Department’s Criminal Division, US Attorney W. Stephen Muldrow for the District of Puerto Rico, and Assistant Director Luis M. Quesada of the FBI’s Criminal Investigative Division made the announcement.

The investigation was conducted by the FBI’s San Juan Field Office. The cases are being prosecuted by Trial Attorney Nicholas W. Cannon of the Criminal Division’s Public Integrity Section and Assistant US Attorney Scott H. Anderson for the District of Puerto Rico. 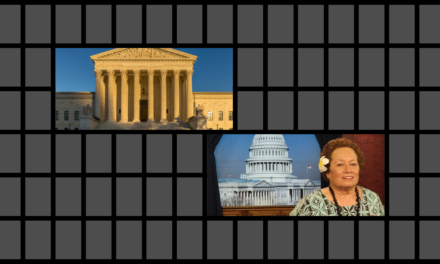