After months of intransigence, possible progress on the Puerto Rico status issue in Congress

As Puerto Rico earnestly works towards resolving the myriad of crises that have impacted its inhabitants, there is a renewed sense of urgency associated with the Puerto Rican status issue. The people of Puerto Rico are grappling with an ongoing financial crisis as a result of sustained neglect by federal authorities and natural disasters. The questionable handling of Hurricane Maria by the Donald Trump (R) administration has also contributed to these issues. Decades of corruption, mismanagement, and excessive borrowing by local authorities have also contributed to the volatility of the Puerto Rican economy. While the issue of Puerto Rican status has been in contemporary political discourse for some time now, the increased demand by Puerto Ricans and allies to alleviate the aforementioned issues, makes Puerto Rican statehood a distinct possibility. This is especially true considering a majority of Puerto Ricans want statehood, according to the most recent referendum conducted on this issue.

However, this process would not gain momentum without facing some obstacles. Representative Nydia Velazquez (D) of New York, a prominent politician and a key political figure involved in the Puerto Rican status issue, has for some time been adamant that statehood is not an option. Representative Steny Hoyer (D) of Maryland attempted to compromise between the two current Puerto Rico status bills in the House, the one authored by Resident Commissioner Jenniffer González-Colón of Puerto Rico, and the bill by Velazquez. Hoyer describes himself as a firm defender of Puerto Rico’s right to self-determination, but he believes in granting Puerto Rico statehood as opposed to full independence.

These attempts were strongly opposed by supporters of HR 2070—the bill introduced by Velazquez. According to a recent brief posted on Pasquines: “Opponents of the bill which calls for the admission of the territory as a state given the results of the 2020 plebiscite in which statehood won, a “one-sided, exclusionary, special interest-driven bill,” since no other option is mentioned.” Supporters of Velazquez’s perspective and policies believe that the handling of Hurricane Maria by federal authorities speaks to how “disposable Washington has long viewed Puerto Rico to be,” according to an op-ed penned by Representative Velazquez (D). Subsequently, Puerto Rico being incorporated as a state would only lead to more issues from Velazquez’s perspective.

The ideological difference between Velazquez and Hoyer is that ultimately Velazquez does not believe in statehood, and considers all previous votes for statehood invalid. Velazquez and her supporters argue that statehood is not what the majority of Puerto Ricans support. They discredit the most recent referendum due to low voter turnout. On the other hand, supporters of Puerto Rican statehood argue that a constitutional assembly is a mostly undemocratic exercise meant to introduce a political status that most Puerto Ricans don’t want.

However, recently Representative Velazquez (D) has indicated that she would be open to compromise as she and Resident Commissioner González-Colón (R) issued a joint statement regarding Puerto Rico’s political status. In this statement, the two politicians elaborate on the work they have done, as far as consensus-building goes, and underscore that a solution is soon to be achieved. Although there is still much work to be done, this discourse underscores that progress is possible through the political process. The fact that Velazquez and other politicians are now open to dialogue and compromise indicates that change is possible.

Daniel Stewart is an incoming freshman at Grinnell College hailing from the Greater Philadelphia Area. He intends to double major in economics and music. Besides Pasquines, Daniel has also worked with other non-profit organizations. Daniel is a classically trained pianist of 8 years and a published poet. At his high-school school, he helped run the literary magazine and debate club. He loves spending time with friends and family, reading, and creating new things. He is a Publishing Operations Assistant Editor at Pasquines. 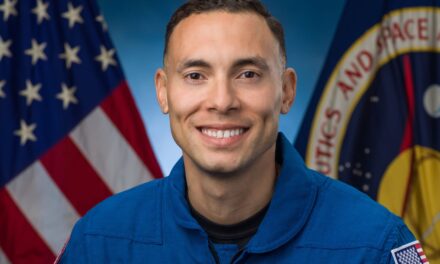 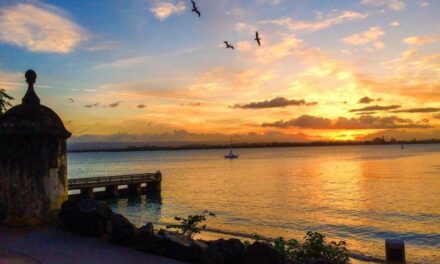