We are still synthesizing all that happened during the United States Senate Committee on Natural Resources’ hearing Puerto Rico yesterday, but one thing became clear: the situation is getting more complex. With the introduction of a proposal of the White House, new alternatives have emerged that have made the process of dealing with the crisis more complicated than merely supporting or opposing action by Congress.

Below is an infographic summarizing the positions of the major players: 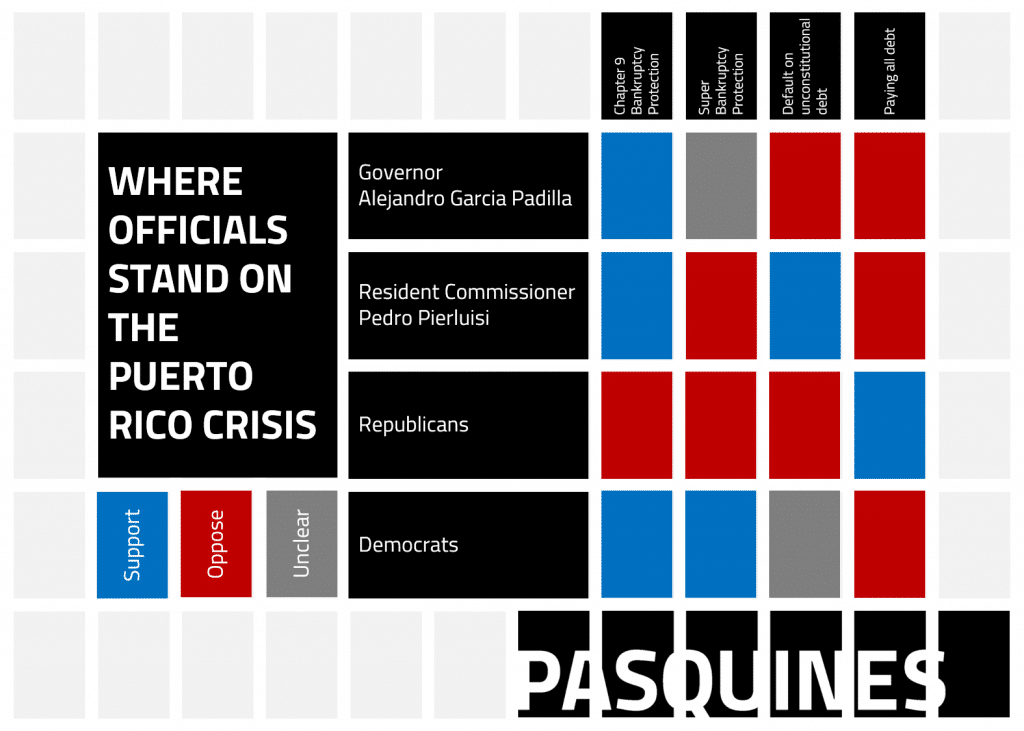 This graph is an abstraction of all the major players and positions, but in even this simple picture lies the complexity involving deciding what to do to address the crisis. The two major players in Puerto Rico, the Governor and Resident Commissioner, for these purposes presumably acting with the support of their parties, agree on the extension of Chapter 9 bankruptcy to municipalities and utilities and there end the similarities. If we were to include local actors in Puerto Rico, the picture would get even more complex, with New Progressive Party gubernatorial pre-candidate Ricardo Rossello aligning pretty much exactly with the Republicans in Congress, and former governor Anibal Acevedo Vila basically calling for the federal government to buy all the debt in question.

To the surprise of many, Pierluisi assumed the position of accepting the possibility of the idea of not paying the debt that was acquired outside of the constitution’s parameters. The governor took the opposite position. One issue that remains to be defined however, is whether the governor will support the idea proposed by the White House and Department of the Treasury of Congress enacting a territories-only Chapter 9 bankruptcy protection to cover all of the debt of Puerto Rico.

While there seems to be a basic agreement regarding Chapter 9 for municipalities and utilities, Republicans in Congress remain mostly opposed to the idea, and as the majority party in both chambers, are unlikely to act on the bills filed for this purpose. Notwithstanding, committee chairwoman Lisa Murkowski (R) seemed open to action, and might be an ally in the cause of getting Congress to act on this crisis.

At this time it is unknown if anything will come from the hearing. The only thing that is certain, knowing that Puerto Rico will run out of cash in November, is that the panorama is only going to get more complex. 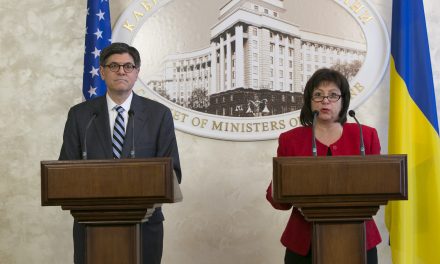 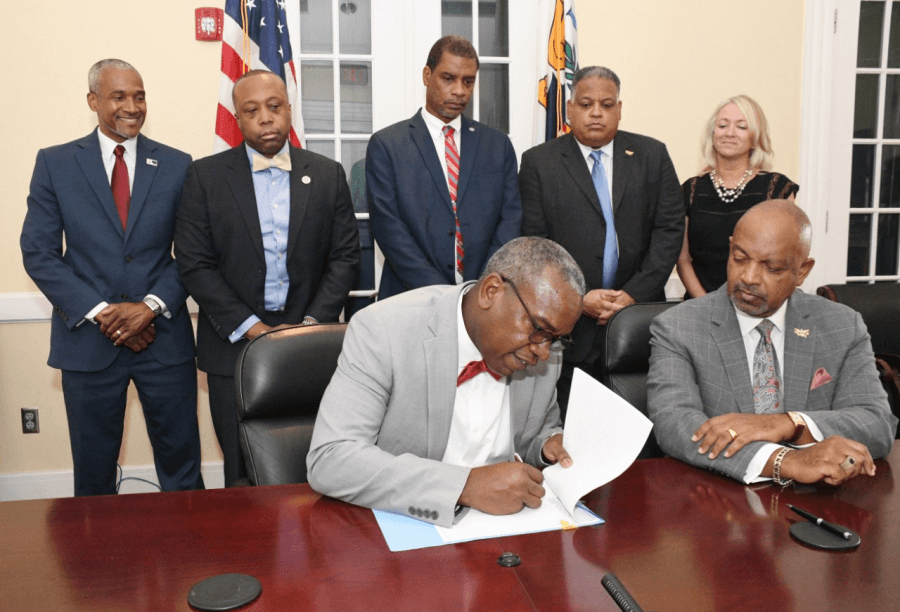 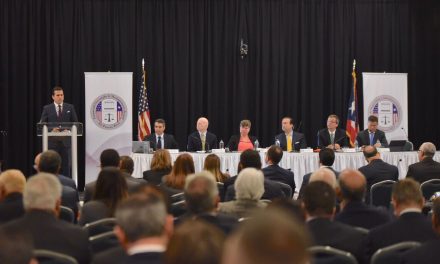 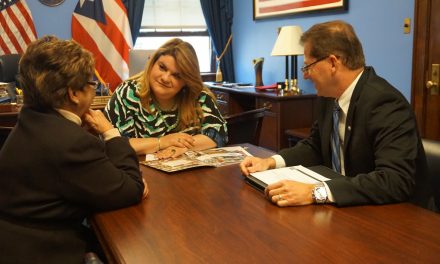