The presidential election will have an effect on Puerto Rico, but Puerto Ricans can’t vote

Over the past summer the United States has decided on its Presidential candidates for the 2016 election. On the Republican side Donald Trump has been nominated for President along with his Vice President Mike Pence. Similarly, on the Democratic side Hillary Clinton has been nominated for President along with Tim Kaine for Vice President. Each of these candidates vary in their stances and each may affect Puerto Rico in different manners.

During the presidential primaries Marco Rubio won the Republican Primary and Hillary Clinton won the Democratic Primary in Puerto Rico. However, Puerto Rico will be unable to vote in the Presidential Election because of their territorial status with the United States Government. The inability to vote in the United States Presidential election has caused issues in Puerto Rico, because some people feel as though it is slightly colonial. This colonial feeling was one of the main platforms that Ricardo Rossello used to secure the gubernatorial nomination for the New Progressive Party away from Pedro Pierluisi.

In terms of statehood, neither nominee has explicitly said what they would do, but have made it clear that they want Puerto Rico to initiate any change with the United States Congress. Trump has stated that “As president I will do my part to insure that Congress follows the Constitution. The will of the Puerto Rican people in any status referendum should be considered as Congress follows through on any desired change in status for Puerto Rico, including statehood.” Following suit Clinton stated that “During my presidency, I will work as hard as I can with the people of Puerto Rico and with advocates from all sides to answer the fundamental question of their political status. It is up to the people of Puerto Rico to decide, and I commit to supporting their decision.”

Mark is an undergraduate student at The University of North Carolina at Chapel Hill pursuing a major in biomedical engineering and political science. Previously he has served as an intern with Carpi Clay & Smith in Washington, D.C., the North Carolina Governor, and the North Carolina Senate. While serving as an intern in D.C. Mark worked closely with Congress to research current and past legislation that would affect the western states. Additionally, he assisted in acquiring financial assistance from the Federal Government to provide beach dredging to coastal communities in California. In his local community Mark is involved with many volunteer organizations and enjoys helping out those in need. He is a former Intern at Pasquines. 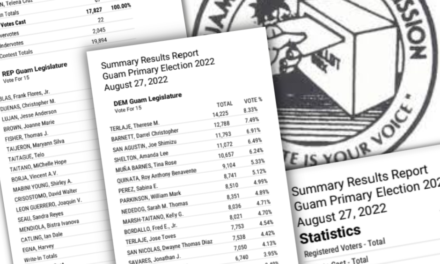