In 1979, President Jimmy Carter observed, in a speech from the Oval Office, that the United States had entered into a crisis of confidence.

He said, “It is a crisis that strikes at the very heart and soul and spirit of our national will. We can see this crisis in the growing doubt about the meaning of our own lives and in the loss of a unity of purpose for our nation.”

What Carter observed was a sense of malaise. The People were losing faith in government and in their ability as citizens to meaningfully participate. Worse, they were losing a sense of identity and meaning in their own lives, due in part to the rise of materialism and shallow distraction, and in part to the decentralization of religious faith in the American lifestyle.

What did he label as the cause of this? He pointed to the ongoing energy crisis, the debacle of Vietnam, Watergate, and unhealed wounds from generations of discrimination. He pointed to special interest influence in Washington, as well as a perception of a stymied congress. Importantly, he pointed to the intransigence of reactionaries and radicals: “You see every extreme position defended to the last vote, almost to the last breath by one unyielding group or another.”

A slightly more secular version of the same speech could be given by President Obama, today. It would be complete with the same prescription to aid the nation in recovery: Recalling the strength of our past success and the willpower that brought us to the pinnacle of the human experience. Encouraging the deployment of problem solving skills to bring about a renewed sense of unity. Acknowledgement that paralysis and drift are not inevitable, but are the consequence of evading the gritty work of building relationships, and working on the challenges the nation faces in good faith.

In short, the answer is going to be accurate, and it’s going to come across as a series of eyeroll-worthy platitudes, despite the well-intended meaning of it all.

Today, knowing what we know about how history repeats itself, we have learned to roll our eyes at hope. The lesson has been cruel and unforgiving. Despite our work, our participation, and our watchful and diligent consumption of the news, we see that our fellow citizens are frightfully unqualified to be involved in self-government.

We watch as they are petrified by risks that barely register on any scale of threat while remaining remarkably passive and blasé about risks that are aggressive and have permanent consequence. We watch as they are easily hoodwinked by political charlatans who aren’t even particularly strategic or smart at their own efforts at self-aggrandizement, yet still somehow succeed at it. We watch as the nation inexplicably re-elects the same congress that it despises, every two years, and by massive margins. We watch as nihilism and cynicism has crept in and taken hold of the cerebral cortex of otherwise caring adults, causing them to advocate no reforms, and even lobby against reforms, despite a rise in mass shootings. We watch as half the American public is seemingly eager to embrace wild conspiracy theories about everything from the President’s birthplace to the prevalence of voter fraud. Most importantly, we have watched as a Doonesbury (or Simpsons?) parody of a national election has come true before our very eyes, complete with the candidacy of a reality TV star who has played to every racist trope, every xenophobic tic, and every stoked male ego in such an efficient manner that he is running neck and neck against the most qualified candidate for the Presidency since 1992.

For those who pay attention at all, and who look around at the essential fragility of the American republic – held together by mere law and institutional norms, this de-normalization and de-legitimization of the democratic process is more than frightening, it’s the writing on the wall.

Somehow, when emotion began to trump logic, and when entertainment began to be just as important to winning elections as an appeal to reason, we never hit the national pause button to re-assess our priorities. We kept whistling along as our colleagues and neighbors started heading down a dark path of political ideas that are strikingly incoherent, muddied with the fervor of ideology, and rooted in all kinds of inauthentic and uncalled for resentments.

Or perhaps we weren’t whistling. Some of us were aghast, and thought we were doing the world a service by pointing out the ugliness and irrationality. We thought that by pointing out the bigotry and silliness we would shame it out of the American dialogue, or at least press it back into the nasty little corners on the ends of the political spectrum where such craziness belongs – leaving a mostly sane center for real debate to take place.

But in the zany atmosphere of politics, the casting of light on the crazy may have also contributed to its growth. As people scrolled through their newsfeeds and social media they saw the ivory tower east coasters mocking views that they themselves held in some esteem, even if they would admit they were on the fringe a bit. They would read an article calling out Congressman Joe Wilson for shouting “you lie” at the President, and instead of nodding their head in agreement they would say to themselves, well how about that Joe Wilson fellow, what a profile in courage. I wish I could yell at the President too. In fact, I think I’ll go to a rally just to do that.

Then all of a sudden the crazy things started happening more and more. It became mainstream to interrupt rallies, eventually happening so often it’s impossible to go to a political event without several intentional disruptions.

We are so far around the bend, it’s hard to remember how comparably sane politics was a couple decades ago, when the popular vote winner actively went to the Senate floor to argue against contesting the closest election in American history.

It’s to the point where candidates are mocking the fact checkers, and now even the supposedly neutral arbiters of our democratic process are actively disparaging any attempt to secure veracity in public forums.

We are dancing on a volcano. Entertainment news and factless debates aren’t going to feed a healthy democracy. Counting who sighs the most in a debate, and who has the right tone of voice, are the types of things pedants do when the substance of the discussion is meaningless to them. Our country isn’t invested in it’s own perpetuation as a vibrant place for the battle of ideas. Our country doesn’t even know the substance of the first amendment.

While we dither about in this national malaise, the magma beneath the rotting superstructure of democracy is rising to the top.  The grievances are real. Black lives are being lost. Millions of citizens are disenfranchised. Schools are underfunded. Younger generations are indebted. Science is being ignored. Reason is being trampled by ideology.

As the distance between the haves and the have-nots grows, so does the resentment. As the feeling of inefficacy increases, the sane participants in the democratic process will continue to peel off, leaving the arena exclusively to the least sane – and the whole pot will boil over into a mess.

I’ll be honest. I think the time to throw on the brakes has long since past, and the cliff is upon us. We get front row seats to a national civic disaster. It could look like a Trump presidency. It could look like a further regression of structural political norms with an entrenched and defensive Clinton presidency, sabotaged at all sides by sniping and wild allegations. But sometimes it takes a crisis to be reborn in peace.

Whatever happens over the next four years, or eight years, it’s not going to look a lot like national unity. No prescription of platitudes will cure the ailment. No appeals to rationality will overcome the tidal wave of cynicism – which like depression, has a tendency to make itself stronger through a feedback loop – despair begets despair. Those arguing for sound, compassionate, and data-driven policy will probably be blocked at every other turn by the bullies that are so often empowered in this chaotic new normal.

We thought the fever might break with a Trump candidacy. But instead the fever got hotter, it became contagious, it became a pandemic. The people we once thought might be kind of sane ended up supporting him. The people we once thought had some ethics, some threshold limit to their depravity, we found never had ethics at all. They were remarkably good actors for so long, but now we know who they truly are.

While we might feel helpless in this strange moment of national crisis, let’s let this bottoming out of decency be something we never forget. Let’s have little mercy for those who contributed to the mess, and who failed to care for their fellow man. Once we hit bottom, wherever and whenever that might be, let’s be the best damn witnesses of it. Document it, record it, write about it, share it with your children and your grandchildren. Advocate for the reasonable cures in the aftermath – support information literacy training, exposure to the liberal arts – something, anything to make our fellow citizens worldlier and have a greater sense of humanity and decency. 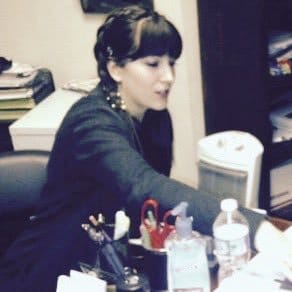 Tess Kovach is a community banker in Fairfield, CT. Raised in Washington D.C., she is a former government relations professional and the author of A Pumpkin in the Midnight, available at Barnes and Noble and Amazon.com 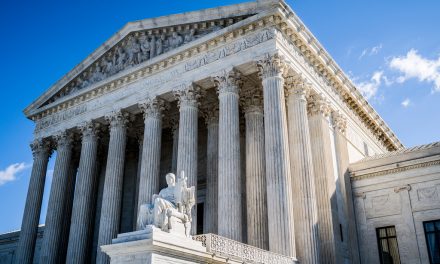 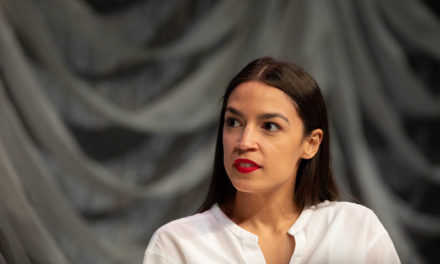 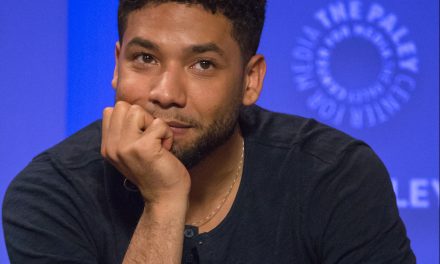