Voting is already underway in many states in what will likely be the most consequential election in our lifetimes. As much as every election is characterized as the most important one, that has never been as true as it is in this one. At stake, is not a Democratic or Republican solution, a conservative or liberal ideology, but instead the defining principles of our character as a nation.

Today, the people of the United States of America, as the sovereigns of the republic, have the choice to embrace the ideals and principles that have moved the nation forward, or to abandon them in a haze of fear and anger. The consequences of this decision will be widespread.

For that and many reasons, let this serve as a final request to do what is right. We likely, and hopefully, will never see another election where the choice is so clear and obvious. Hillary Clinton must be elected as the next President of the United States.

In every reasonable mind, there is simply no other choice. The Republican alternative in this election happens to be the worst our nation has to offer; a misogynistic, racist, xenophobic, nativist, unhinged, despotic demagogue with not the slightest idea of how to effectively govern, who ultimately stands as the most clear representation of betrayal to the nations’ true ideals.

Propelled by truly deplorable segments of our population, which includes those who are motivated by truly heinous ideals as well as those who silently support or acquiesce to them, the candidacy of Donald Trump represents the most dangerous domestic threat the nation has faced in a very long time, if not ever. It is our duty to make the responsible choice.

Hillary Clinton, flawed as any traditional candidate, also happens to represent a step forward. In terms of preparation, experience, achievement and ideal, the contrast is clear, she is nary a doubt, the better candidate; the right person to become our next Commander in Chief.

Today is our chance to demonstrate to the world that our country is great, not just for its ideals of inclusion, freedom, and opportunity, but because, we the people, learn from history, stand for our principles, and will not abandon the cause that this ongoing and daring experiment happens to be.

For you, for the country, for the countless others in the world who can only helplessly watch as we set the course of humanity: stop the threat, uphold our country, vote for Hillary Clinton. 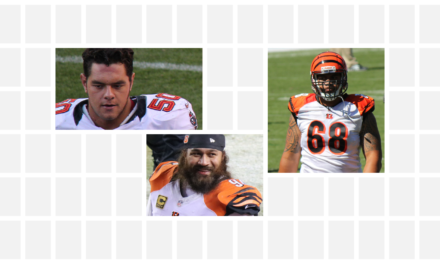 The Samoan football phenomenon: A remnant of American imperialism