Amid the financial crisis in Puerto Rico, experts have started to suggest a new cause of the problem: lack of proper statistics and analysis.

Several weeks ago, a local organization published a document on the tourism in the islands. One of the major points of the publication was a request for a “National System of Tourism Statistics for Puerto Rico.”

Although Puerto Rico already has a designated system for calculating the statistics of tourism each year, those procedures are not up to the standards recommended by the World Tourism Organization. What this means is the inability to evaluate sector performance and conduct ‘Return on Investment’ analysis on advertising campaigns.

However, Puerto Rico measured the economy as if it were 1968, meaning that the administration used the rules that were issued by the UN 5 decades ago. Some of the changes of the process that occurred in this period include differences in treatment of intellectual property and new financial vehicles.

Similarly, the Puerto Rico Planning Board, the government agency in charge of centralized planning, has also been negatively affected by the worsening financial crisis, which caused cuts in the number of employees.

The economic departments of the Planning Board consisted of more than 200 full-time experts, but the number has dropped to less than 40 employees. Additionally, the data available to them are insufficient, making it harder predict various scenarios.

Currently, the burden of modernizing the statistics-keeping falls on the Puerto Rico Institute of Statistics, which was established back in 2007.

In the last few years, the Institute was able to have numerous achievements: identifying millions of dollars in recurrent cost savings, documenting statistical biases in the health industry, providing training to hundreds of government statisticians, and eliminating bias in the Consumer Price Index of Puerto Rico. 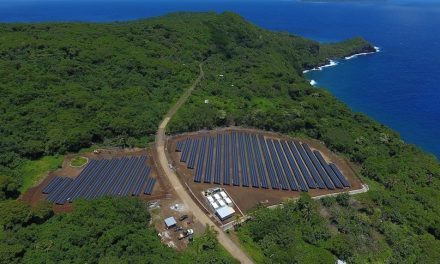 US territories leading on switch to solar energy