Puerto Rico continues to march towards statehood. After the results of June’s plebiscite were clearly in support of statehood, Governor Ricardo Rosellò promised to take the necessary steps towards statehood. Rossellò recently swore in what would be 5 representatives and two senators to represent Puerto Rico’s statehood interests in Congress. The delegation is comprised of three democrats, three republicans, and one independent. It is an interesting, if eccentric, group that includes Pedro Rossellò, the governor’s father and a former governor himself, former governor Carlos Romero Barcelo, the national committeewoman for the Republican Party of Puerto Rico Zoraida Fonalledas, the former president of the senate Charles Rodriguez, Ivan “Pudge Rodriguez” a former major league baseball player, Luis Fortuño the resident commissioner, and Felix Santoni a retired army major general. The delegation is set to travel to Washington DC soon to push for statehood.

Once they are there, in order to petition for statehood, they must first be admitted by congress, who, under Article IV, Section 3 of the constitution has the power to decide over matters of statehood. Once and should the delegation is admitted to sit in Congress they will then be able to petition Congress for statehood. They will do this by drafting a bill for admission which will also end Puerto Rico’s current status.

There is doubt, however, over whether or not Congress will grant their request for seats. There is no rule or law that requires Congress to seat them, and in the past Congress has denied similar delegations the possibility. Although Rossellò has cleverly chosen a well balanced panel that will be able to reach across the aisle, there is still a good chance that Congress won’t seat them. First, although the plebiscite was clearly in favor of statehood, the results do not necessarily represent the desires of a majority of Puerto Ricans. This fact alone could be enough for Congress to deny the delegation the possibility of a seat. Secondly, there is the question of Puerto Rico’s massive debt. Since Puerto Rico lacks statehood, it had to resort to a specialized debt restructuring process. However, if it were to be accepted as a state, PROMESA as enacted would no longer apply, perhaps forcing Congress to once again come up with another mechanism to address the crisis. The debt is a heavy counterweight that may sway Congress to deny their admission.

The delegation plans to attempt their petition to Congress after Congress returns from its summer break on September 5. It will be a situation well worth keeping a close eye on. Puerto Rico is unlike other groups who have submitted statehood applications in the past, and so, whether or not it is admitted by Congress, and then after, if it is successful, what steps it will take on the way to statehood will be historic and unique. 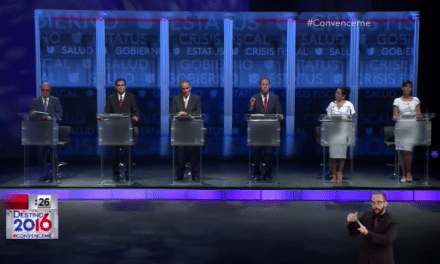 State of the gubernatorial race in Puerto Rico 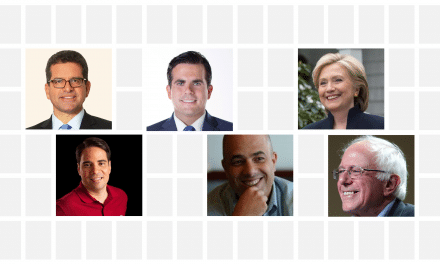