Guam Delegate Madeleine Z. Bordallo (D) announced that the US Senate passed its version of the Agriculture and Nutrition Act of 2018 (also known as the 2018 Farm Bill) by a vote of 86 to 11, without any provisions imposing the federal cockfighting ban on Guam or the other US territories.

Bordallo, along with her colleagues from other territories, worked to defeat an amendment offered by US Senator Ron Wyden (D) of Oregon that would have imposed the federal cockfighting ban onto the territories without their consent. Senator Wyden is the Ranking Member of the Senate Subcommittee responsible for US territories. US Senators Susan M. Collins (R) of Maine, Cory A. Booker (D) of New Jersey, Dean Heller (D) of Nevada, and Richard Blumenthal (D) of Connecticut cosponsored the Wyden amendment, which was ultimately not considered by the Senate.

Delegate Bordallo and her colleagues from the territories also worked to ensure that the version of the 2018 Farm Bill (S.3042) reported by the Senate Agriculture Committee on June 28, did not include any such provision.

On May 18, 2018, the US House of Representatives adopted a similar amendment by a vote of 359 to 51, despite Bordallo’s strong objections and those of her House colleagues from the other territories.

The Senate and House will now reconcile their respective bills into a single, compromise 2018 Farm Bill, which will then be put to a final vote likely later this summer. Bordallo opposed the House-passed bill, which includes the federal cockfighting ban.

“Cockfighting is a longstanding cultural practice on Guam, even if other parts of the country do not appreciate that. Forcing any federal ban onto the territories, without our consent or vote, is deeply offensive to me and all Americans who call US territories home,” said Congresswoman Madeleine Z. Bordallo.

“As the US Senate and House negotiate a compromise 2018 Farm Bill, I will continue working to defeat any highhanded effort to impose this federal ban against our will. Congress must not dictate to the territories, while also continuing to deny us a full vote on the House floor,” she added. 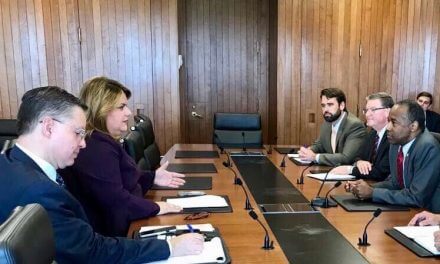 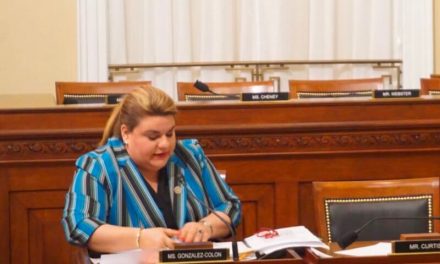