On Wednesday, May 23, a Puerto Rican couple traveling through Rancho Cordova, California were not permitted to check in to their room at a Motel 6. When Raul Villanueva and his wife arrived at the motel, Raul gave his Puerto Rican driver’s license to the clerk, who promptly turned them away, saying they needed a license from the United States. Villanueva’s response was that Puerto Rico was indeed a part of the US. Nonetheless, the couple was turned away.

Though Motel 6 does indeed require photo identification upon check-in, there is no policy on their website that requests that this ID be a license from the United States. Furthermore, even if this were the case, the error was twofold, given that Puerto Rican drivers’ licenses are officially recognized — just as Puerto Rico — as being part of the United States of America.

A similar issue occurred, again in California, at a Sacramento bar. There two Puerto Ricans, Frank Burgos and Yashira Rivera, who had come to the mainland US to visit their family were barred entry, when the bar’s bouncer deemed that their form of identification “cannot [be] accept[ed].” They were then asked for passports. Since neither was carrying said form of identification on them, they were turned away from the bar.

The issue with making such mistakes is not only that it is offensive to individuals, but also that it is indicative of more systemic problems. Puerto Rico as a territory is already frequently overlooked, and whether or not the mistakes made by the Motel 6 clerk and the bouncer at the Sacramento bar were accidental, they are testament to the minute amount of attention paid to US territories, particularly those which are not fully incorporated. 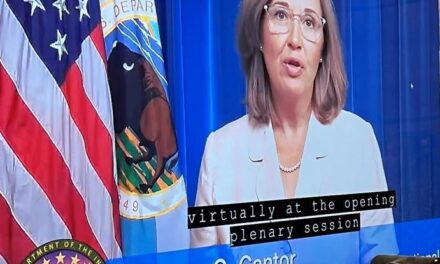