The number that has the official backing of the Puerto Rican government, 64, has been declared by many to be a severe undercount. The government’s count of the dead has not moved since December of 2017. Estimates range from the government’s low count of 64 to the recent Harvard University study that assessed the death toll at 4,645.

The conflicting accounts of the true death toll have been complicated by the way in which the Puerto Rican government has been documenting deaths in its official count. Public Safety Secretary Hector Pesquera has announced that only cases that could be medically and forensically linked to the hurricane would be included in the official count. The Centers for Disease Control, however, released guidelines in October of 2017 that emphasized the inclusion of a note on the death certificate of anyone who dies as a direct or indirect result of a catastrophe.

Quartz recently did a survey of Puerto Ricans affected by Hurricane Maria, capturing the frustration many feel about the direct versus indirect death count. Javier Llabreras’s father, for example, has a death certificate listing his cause of death as natural despite the fact that Maria blew his roof off and exposed him to bacterial disease that ultimately precipitated his death. Llabreras lamented: “People think a hurricane-related death is when a person who’s out taking pictures of the storm is hit by a flying piece of roof,” he said. “The real Maria deaths are those of people who lived in impassable highways, who had to cross rivers to look for food and died. All of those are direct causes of the hurricane.”

In the midst of the row over the official death toll, CNN and the Puerto Rico-based Center for Investigative Journalism (CPI, the organization’s acronym in Spanish) sued the Puerto Rican government for access to death records. Despite the government’s argument that the records should remain private in order to protect the identities of the deceased, Puerto Rico Superior Court Judge Lauracelis Arroyo ruled the records as public information and mandated the government to release them within 7 days. Puerto Rican Governor Ricardo Rosselló even made the emphatic declaration that there would be “hell to pay” if the records were withheld.

The latest controversy, however, came on late Monday night on June 12, where Rosselló’s government requested a delay in the delivery of death records. The original plaintiffs of the lawsuit brought against the government for the release of the records, CPI and CNN, have filed motions against the delay request. Carla Minet, executive director of CPI, released a statement condemning the government’s delay request as an undermining of its own credibility.

On the federal level, there have been calls to create a special congressional committee specifically on the issue of the Maria death toll in Puerto Rico. Representative Nydia Velazquez, a Democrat from New York led the charge with a plan to introduce legislation that would launch the congressional investigation into the deaths. Velazquez and a host of other House Democrats sent a letter to House Natural Resources Committee Chairman Rob Bishop requesting an investigation into the Trump administration’s response to Hurricane Maria’s effects in Puerto Rico.

Chairman Bishop responded by affirming his commitment to holding hearings on the issue in July of this year. Representative Jenniffer Gonzalez-Colón, a Republican representing Puerto Rico in Congress, sits on the Natural Resources Committee but did not sign the letter to the Chairman. 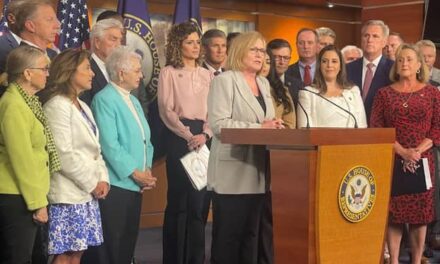