In April, the Puerto Rico Department of Education announced a controversial decision for public education: the closing of 283 public schools. According to CNN, schools had lost 38,762 students since May 2017, largely attributed to post-hurricane mainland migration. The disaster left millions of residents without power, running water, and for some, their jobs; sending droves flocking to the states. The outcome? A whole lot of empty classrooms.

For one brief moment, Puerto Rican educators, students, and parents—and anyone affected by the government’s announcement to close hundreds of schools, and thereby opposed to it—experienced a promising, albeit tiny sign of hope. In the wake of heated debate over the future of Puerto Rican public education, a recent court move ruled to prevent school closures. For the territory’s government, and primarily its Department of Education, the court challenge presented a new obstacle in dealing with the complex public schools crisis facing the territory.

When the islands essentially declared bankruptcy in 2016, over a hundred schools were closed or consolidated in order to  save government money. In the past year, schools lost nearly an additional 40,000 students, exacerbating an already stressed economy and school system in crisis. “Half of the existing schools are at 60% of their capacity,” the Department of Education reported. This brought the Department to reconsider the management of the student population through the closing and consolidation of more schools. Puerto Rican legislators continue the struggle in their efforts to create a more sustainable system that fits the current context of population loss.

Shortly after, in reaction to the proposed closures, municipal court Judge Santiago Cordero Osorio ruled against the closure of nine schools. In response to demands from outraged parents and educators, Cordero Osorio reprimanded the Department of Education for failing to comply with the parameters set for the consolidation process. Education champions hoped that this small development would lead to more successful lawsuits against the department. Mayor of Morovis, Carmen Maldonado (PDP), celebrated the decision as a win for students and the municipal community, saying: “It has been the judicial system who finally heard the demands of the parents and students of Morovis, because the Secretary of Education, Julia Keleher, never responded to our request for a meeting, which we officially held since last April.”

Yet, on July 16, the Supreme Court of Puerto Rico upheld the process of beginning public school closures in preparation for the next academic year. This ruling allowed the Department of Education to close nine schools in two communities west of San Juan. To the relief of budget-concerned lawmakers— and to the disappointment of education activists and closure opponents—this resolution indicates an opening up of the further closure of public schools across the islands.

Secretary of Education Julia Keleher, promised that there wouldn’t be any teacher layoffs as a result of the closures, and that “teachers at schools designated for closure would be transferred to schools that are serving more students and will remain open.” Educators remained leery of the government’s claims to save their jobs by means of school consolidation, and are questioning the quality of such consolidated schools and what effects  this may have on both students and teachers. The response from teachers’ unions was skeptical, to say the least. Aida Diaz, president of the islands’ primary teachers union, the Puerto Rico Teachers Association, warns that teachers without tenure will quit their jobs, regardless of whether layoffs actually occur. “This is like killing 300 communities,” Diaz warns, “We’re going to have communities that are not going to have any schools.”

Following the recent court ruling, educational leaders remain hopeful that this is just the first of many cracks to be forged. Aida Diaz made it clear that the fight for saving schools is not over. After a meeting with President of the Senate, Thomas Rivera Schatz, Diaz indicated that a plan is underway to file an appeal against the Department of Education in their closing of schools. Whatever the ultimate outcome, what’s certain is that Puerto Rico educators, parents, and teachers face a long road ahead. To adjust the management of public education is to make lasting, consequential decisions for the fabric of the society. The readjustment of Puerto Rico’s legal, judicial, and political parameters to fit the context of 2018’s challenges is a lengthy battle; one to be fought, consolidated, and continued, by the islands’ legislators, judges, activists, educators, and everyday people. 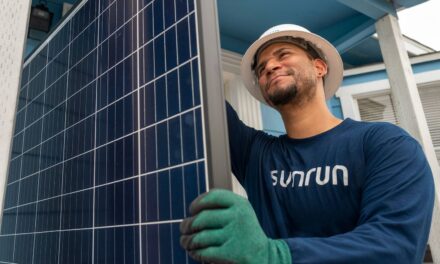