American Samoa Delegate Aumua Amata Coleman Radewagen (R) hailed the success of a bipartisan request to the United States Department of Homeland Security (DHS) regarding its administrative rules which placed undue constraints on Compact of Freely Associated States migrants seeking to obtain REAL IDs. The DHS has responded with a change in those requirements to remove unnecessary barriers to the benefit of those living or working in the US from these valued Pacific allies.

In 2018, the REAL ID Act Modification for Freely Associated States Act, HR 3398, was successfully passed into law with bipartisan backing, led by Representative Young and cosponsored by Delegate Amata, who gave a statement for the record on the matter. This week’s DHS announcement will help put that congressional intent into practice.

“Thank you to each of these Senators and Representatives, especially to my friends Dean of the House Don Young and Congresswoman Gabbard for their leadership pulling together bipartisan support in the House,” said Aumua Amata. “I also appreciate the DHS considering this matter and taking this important action at our request.”

“I am so pleased to see this much-needed change in policy for US residents from the Freely Associated States, among our nation’s closest friends and allies,” continued Amata. “I lived in the Republic of the Marshall Islands for eight years, and all three nations are key Pacific partnerships with the United States.”

This announcement reverses guidance previously released by US Citizenship and Immigration Services that required FAS citizens of the Federated States of Micronesia, the Republic of the Marshall Islands, and the Republic of Palau residing in the US to present a visa or Employment Authorization Document (EAD) in order to receive a REAL ID Act-compliant driver’s license. Under decades-old treaties with the US known as the Compacts of Free Association (COFA), FAS citizens are able to live and work in the US indefinitely as non-immigrants without having to obtain a visa or an EAD card. The requirement for FAS citizens to suddenly obtain an EAD to renew their driver’s licenses put many at risk of losing their employment, given the delay and burden of applying for and receiving an EAD.

Previously, FAS citizens residing in the US were only able to receive temporary driver’s licenses and state identification cards, forcing them to renew annually. This often meant that FAS citizens were excluded from employment, housing, transportation, schools, and other opportunities afforded to non-immigrants. Senator Hirono worked to advance the REAL ID Act Modification for Freely Associated States Act of 2018 that unanimously passed the US Senate and was signed into law. The intent of this legislation was to ensure that FAS citizens in the US could receive full-term REAL ID Act-compliant identification documents without a visa or EAD.

In October 2020, REAL ID Act-compliant identification or other acceptable forms of identification will be required for every person accessing federal facilities and traveling domestically on a commercial airline. 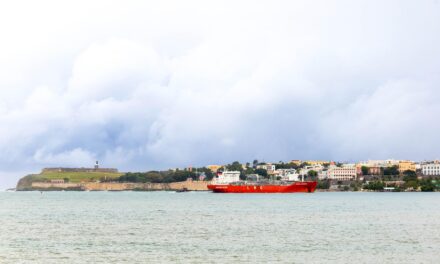