In the midst of the COVID-19 pandemic, countries the world over have begun pondering the idea of relocating supply chains away from China, thereby reducing dependence for essential goods on the rising power.  This growing belief in the necessity to relocating supply chains is particularly palpable in the pharmaceutical industry, with prominent US lawmakers calling for the industry’s supply chains to be brought stateside, eyeing Puerto Rico as a potential hub for manufacturing pharmaceuticals.

In response to Chinese officials threatening to halt the supply of key pharmaceuticals to the United States, the White House and Congress announced intentions to relocate supply chains for such industries stateside. Spearheading the effort is Representative Buddy Carter (R) of Georgia, who recently introduced legislation to encourage the relocation of pharmaceutical manufacturing to the United States. The legislation aims to accomplish this by using so-called American Opportunity Zones, which allow manufacturers to increase relative profitability by significantly decreasing tax burdens. The 2017 legislation that created said zones, established qualifying factors such that the vast majority of Puerto Rico was designated an opportunity zone.

Pharmaceutical manufacturing has a long history in Puerto Rico, with manufacturers flocking to the territory during the 1970s in order to take advantage of Section 936, a tax exemption which allowed for income earned in the territory to be untaxed. From the time of 936’s enactment in 1976, to its phasing-out in 2006, Puerto Rico experienced a manufacturing boom, becoming a world leader in pharmaceutical manufacturing. However, after the tax-incentive expired, a number of pharmaceutical companies began to relocate, coinciding with an economic recession that has marred the territory since 2006. Despite the exodus seen during the mid 2000s, Puerto Rico continues to export more pharmaceutical products than any US state or territory, as well as producing over half of the prescription medications which comprise the Top Ten Best Selling Drugs list.

Given Puerto Rico’s history of pharmaceutical manufacturing, as well as the territory having the most Opportunity Zones per square mile in the United States, many outlets have begun calling for the repatriation of supply chains in the territory. Those in favor of the move argue it would not only reduce American dependency on China, but also bring return much-needed financial stability to the territory. 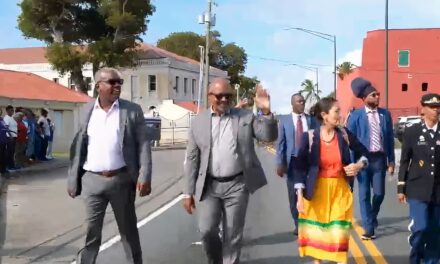 COVID-19 cases continue declining in the US Virgin Islands

Can Bitcoin save the economy of Puerto Rico?

The struggles of power in Puerto Rico