“America’s day begins in Guam and is not only a location we must fight from, but we must also fight for” – United States Navy Admiral Philip S. Davidson.

The United States controlled territory of Guam stands strong as an island in the Pacific between the United States’ mainland and China, and it stands much closer to China.

The territory has been a part of the United States for over a century, acquired from Spain after the Spanish-American war to economically link the United States with Asia. Guam’s strategic significance in the Pacific is important to a naval power’s ability to maneuver on that ocean. Its position is vital for the United States’ ability to project force and maintain security into the region, keeping threats such as North Korea on watch, and it serves as a key naval staging ground for the US Navy.

Around one-third of the land on the island of Guam is devoted to US military purposes. Guam is home to an array of bombers, fighter jets, submarines, and a missile defense system, and is often called America’s “permanent aircraft carrier.”

Even so, Guam is a territory rather than a state. Its inhabitants are US citizens but do not receive the same rights and privileges as their citizenry on the mainland. For example, Guamanians are not able to vote in major US elections and do not get full representation in Congress. Guam does send a non-voting representative to the US Congress, but its relationship with the US is effectively governed under the jurisdiction of the Department of the Interior. 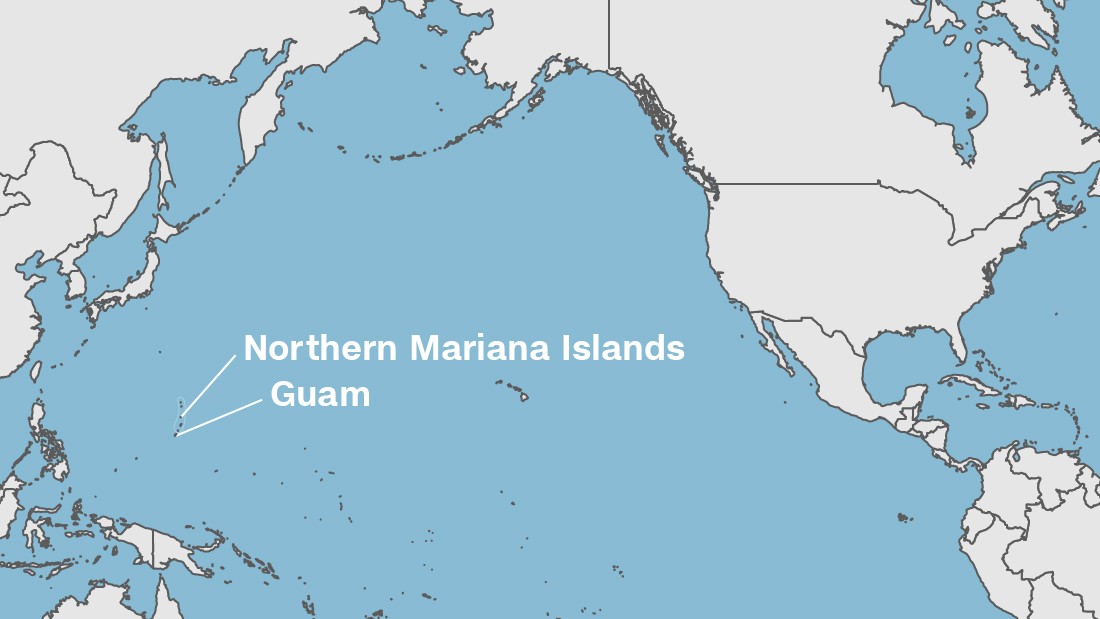 China’s relationship to the United States is “bad and getting worse,” according to Admiral Davidson, because each country has major objectives at odds with each other. China is “working to expand its form of Communist-Socialist ideology in order to bend, break, and replace the existing rules-based international order . . . to create a new international order led by China and with ‘Chinese characteristics’”” Admiral Davidson says; whereas the United States enjoys primacy in the current status quo and would rather maintain it.

In its expansion quest, China is militarizing. China has been on a “military building spree,” going so far as building entire islands in the South China Sea to fortify their claim to it. China is particularly keen on this region, which is not far from Guam, because the South China Sea is used to transport one third of global shipping. Not only that, but the region has been estimated to hold vast amounts of wealth in oil. Controlling that would give China huge strategic advantages which it could employ towards disrupting the existing international order.

The United States can no longer safely say that it enjoys primacy in the region, with China now capable of pulling a surprise move, such as shooting a laser at an aircraft near Guam. China’s next generation ballistic missile has even been dubbed the “Guam Killer.” However, military control is not the only way China can influence the region.

China is also increasingly influencing the Pacific region through sheer investment volume, such as economic development deals in nearby Micronesia. According to John Brown, an attorney for the Guam-US-Asia Security Alliance, China is “buying big events, big hotels, golf courses, resorts, [and] mansions for governors . . . all the time.” Brown asks, “what if [China] crowds [the US] out” this way? China’s influence in the region would grow, and the United States’ influence would shrink.

Guam as a Strategic Military Hold The United States is beginning to respond in kind. Admiral Davidson requested $1.7B in new military spending, specifically on Guam, to deter China. Additionally, US Defense Secretary Mark Esper has said that he would like to “increase military investment in the region.” The money would likely not be used for buying governor’s mansions, but could help prevent the United States from being crowded out in the influence battle between the US and China in the Pacific.

President Trump has made the Indo-Pacific region, consisting of the two oceans and surrounding countries, a “top priority” of his administration’s defense strategy. Echoing that, Defense Secretary Mark Esper has called for new basing investments in the Pacific. Moreover, the United States is beefing up its military presence in Guam with B-1 bombers to carry out a deterrence mission “aimed at Beijing.”

Guam’s proximity to China and the South China Sea makes it central to the United States’ ability to project power in the region, and thus protect US interests there such as freedom of navigation and trade. However, China has still seen success in influencing and manipulating the region and beyond contrary to US interests and has directly endangered Guam. With a military budget exceeding $700 billion annually, an extra $1.7 billion on Guam to put towards combating adverse Chinese influence represents only a small fraction of the US military investment in the Pacific outpost.