Puerto Rico enacted strict Covid measures. It paid off, and it's a lesson for the mainland.

NBC News takes a look at how Puerto Rico’s strict COVID-19 measures like its curfew and uniform sanitary measures could have helped it avoid a major catastrophe.

In a drastic effort to limit crowds, Puerto Rico was among the first U.S. jurisdictions to implement an islandwide curfew last March that asked people not to leave their homes after nighttime. Nonessential businesses were shut down. All schools closed down and cruise ships were banned from docking on the island.

Puerto Rico went on lockdown the following month while the curfew was still in place. Puerto Ricans had to stay home at all times. If they left, it could only be for essential purposes and they had to be back home before the nighttime curfew.

Puerto Rico was also among the first U.S. jurisdictions to issue a mask mandate, alongside New Jersey.

“Most people don’t leave the house without first grabbing their phones. Now, people grab their face masks first and then their phones,” Rodriguez said in Spanish.

The measures, the article explain, were borne out of a grim facts: the territory did not have the capacity to handle a surge in COVID-19 cases, and was likely forced to take such strong, and decisive action, very early in the pandemic.

Will Puerto Rico Become The New Cuba In Florida In The 2016 Election? 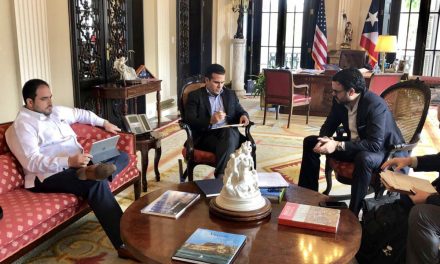 Cherokee Nation to appoint delegate to US House of Representatives