Chinese personnel recently secured a provisional military agreement with the Solomon Islands. The archipelago of 700,000 individuals nestles in the heart of Oceania, providing China with a key strategic outpost to expand its international coalition. Initial reports suggested China would build a military fortress in the islands; however, Prime Minister Manasseh Sogavare’s administration pledged to “not be careless to allow such initiative to take place under its watch.” Nevertheless, the agreement could allow Chinese defense officials, police, and supplies to replenish the Solomon Islands with formidable aid. It appears as if China’s blossoming sphere of influence encroaches closer to the United States and its territories with every coming day.

Meanwhile, the Biden administration requested $900 million in defense support for Guam only days after the unprecedented arrangement between China and the Solomon Islands. $539 million would be allocated towards “multiple land-based radar systems, procur[ing] weapon system components and initiat[ing] (military construction) planning and design activities.” Moreover, North Korea’s expanding ballistic capabilities persist as a looming danger in the region, with the communist dictatorship’s erratic decision-making serving as a constant source of caution. This precarious geopolitical climate prompts us to ask the question: is Guam in peril?

As we witness Russia’s ruthless rampage in Ukraine and ongoing threats to Taiwanese sovereignty, Guam is no longer an invulnerable pillar of American hegemony. Thus, the Biden Administration’s strengthening of Guamese defenses serves as an acknowledgment of an escalating threat level and could foreshadow widespread militarization of the Indo-Pacific.

Guam, a politically voiceless remnant of US imperialism, has long been ignored by Congress and the American people. However, as China and the United States compete for economic and military supremacy, the island’s fate could once again be thrust into the spotlight. The tense climate is by no means alarming but characterizes an intriguing worldwide dynamic that should be stringently monitored. 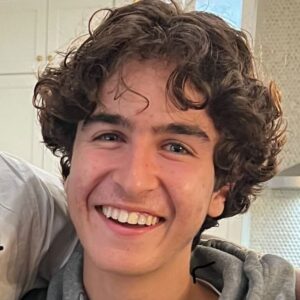 Jake is a senior at Providence Day School in Charlotte, North Carolina. He strives to ignite grassroots advocacy, utilizing an attorneyship at Charlotte-Mecklenburg Teen Court and the platform at Pasquines to champion justice in his community and beyond. Jake utilizes education as a forum for change. He serves as an educator for young scholars, contributing to the Teen Board for Freedom School Partners, mentoring for Big Brother Big Sisters of America, and teaching at a Hebrew School. At Providence Day, Jake spearheads Students for the Political Advancement of Mankind and the Hispanic Culture Club, along with playing for the Varsity Tennis Team. Jake is an Opinion Intern Correspondent at Pasquines.

A look at the races for Guam’s upcoming primary election

Guam could have a water problem