The governor of the Northern Mariana Islands, Ralph DLG Torres (R), has been battling accusations of corruption and misconduct ever since he was impeached by the local House of Representatives.

Torres stands accused of misusing government funds, negligence, and contempt. The attorney general claims Torres used public funds to buy business class airfare. Furthermore, he is accused of contempt of the legislature for not responding to a subpoena.

While in January, the House of Representatives impeached him on those charges, the Senate acquitted him in a vote that split along partisan lines. Some senators accused the process of bias and a lack of due process. For example,  Senator Teresita Santos (D) criticized the lack of evidence heard in the trial and the rejection of the prosecution team.

In spite of the acquittal, the embattled governor still faces criminal charges. In April, the assistant Attorney General charged Torres with misconduct and theft. Although the case has not gone to trial yet, many developments have unfolded over the last months. Torres filed for an expanded jury selection pool to decrease potential bias. The Attorney general’s office opposed the motion. Torres has also called to reject much of the evidence the commonwealth introduced. His counsel is claiming it is irrelevant to the trial and designed to bias the proceedings. On June 30, the Superior Court will hear both of the motions. And on July 5, a scheduling conference to set the timetable for the rest of the trial to take place will occur.

Whether the jury acquits Torres or not, the controversy has encouraged political challengers. The current lieutenant governor, Arnold Palacios (I), is running against Torres. Additionally, Representative Tina Sablan (D), has announced her candidacy. The election will occur on November 8, and if no candidate receives a 50% of the vote, it will proceed to a runoff. Although Torres has the incumbency advantage, in light of his legal battles, the election will likely be very close.

Kabir Buch is a junior at the Harker School in California. He’s interested in law and political science and is part of his school’s debate team. He has also worked with Rishi Kumar’s congressional campaign and served as a part of the 18th congressional district’s student advisory board. In his free time, he loves walking and listening to music. Kabir is a Northern Mariana Islands Affairs Intern Correspondent at Pasquines. 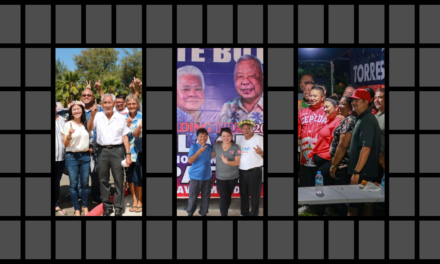