Now that Bernie Sanders has endorsed Hillary Clinton, she is counting on him to bring his supporters into her camp https://t.co/1H9G4ZQBMT

Bernie Sanders has endorsed Hillary Clinton for President, much to the chagrin of some Bernie die-hard supporters. The endorsement should help mend fences between their camps but a minority of Bernie supporters still say they won’t vote Clinton, feeling they’ve been betrayed.

Puerto Rico is plotting a bond-market return after its record default https://t.co/QlpTLF7Gdk pic.twitter.com/dwGVnPA5Rx

The Puerto Rico Aqueduct & Sewer Authority plans on issuing debt to the tune of some 900 million dollars. The utilities company, Prasa, hopes to continue construction projects that have been mired by the debt crisis. Investment is not expected until the financial control board comes into effect.

In Democrats' failure to stop #PROMESA, a lesson to #PuertoRico: to influence Congress, organize fast. https://t.co/rFeenlbm8G

President Obama has signed the PROMESA bill into law, dashing any hopes of allowing Democratic lawmakers to insert language that would allow for Puerto Rico to have more control over their domestic affairs. Bernie Sanders and other Democrats have compared the PROMESA bill and the control board that will control its financial affairs as a colonial venture.

Ginsburg is slamming Trump so hard that even Democrats are shuddering https://t.co/97OB583Rzz | AP Photo pic.twitter.com/6fA5hSRVxU

Supreme Court Justice Ruth Bader Ginsburg has made a series of comments criticizing Donald Trump. She has called him a “faker” regarding hesitancy to release his tax returns and says she can’t imagine an America where Trump is President. Members of congress have been quick to chastise her, believing that Supreme Court justices should be less political. Others, such as Sen. Dianne Feinstein say she has the right to speak her mind.

The emerging Republican platform has apparently gone even further to the right. The new platform draft for the GOP includes provisions approving of controversial gay conversion therapy, describing coal as “clean energy”, and encouraging the study of the bible in public schools.

The Center for Disease Control and the Environmental Protection Agency have both declared that Puerto Rico should enact measures that are used on the mainland to combat mosquito populations. With the growing risk of the Zika virus becoming more apparent, the CDC estimates that thousands of pregnant women on Puerto Rico could become infected. 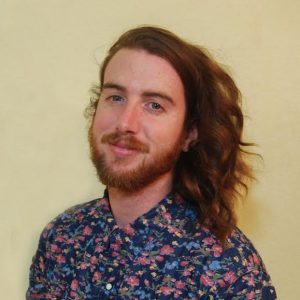 William Robertson was born and raised in Ft. Lauderdale, Florida. He is currently a senior at the University of Central Florida pursuing a major in International and Global Studies and a minor in Peace and Security. He plans to graduate in the Fall of 2016 and take what he has learned from UCF and his time with Pasquines in order to leave a lasting mark on a better world. He was an Intern at Pasquines.