The US House Committee on Natural Resources held an oversight meeting on “Management Crisis at the Puerto Rico Electric Power Authority and Implications for Recovery” on July 25, 2018.

A Twitter feud, sparked days prior, lead to one empty seat at the table.

Governor Ricardo Rosselló skipped the hearing after the Committee on Natural Resources’ Twitter account posted a tweet on July 19 stating “Call your office, @RicardoRossello” along with an attachment of an invitation to testify himself or send someone from his administration.

Rosselló stated in a press conference that the tweet “showed a major lack of respect for me and the people of Puerto Rico,” and “if they’re going to joke around without seriousness, they can count us out.” On July 25, Rosselló posted a tweet along with a letter to the Natural Resources Committee stating his no-show.

I am committed on working with Congress in a productive and constructive fashion for the benefit of the US citizens of Puerto Rico. I hope that our future engagements are based on respect, decency and dignity. @NatResources pic.twitter.com/cLkZSC8i4D

The Tweet from @NatResources was subsequently deleted. David Begnaud, a CBS reporter, asked why the tweet was deleted, the Committee replied that the governor had requested for its removal.

Hey @NatResources – why did you delete your tweet showing the letter that was sent to the Governor of Puerto Rico stating you want to hear from him about the leadership crisis & and politics – that the committee believes are in play – at the Puerto Rico Electric Power Authority? pic.twitter.com/FksT47MbZJ

Gov. @ricardorossello asked us to remove the tweet, working in good faith we have chosen to respect his wishes. https://t.co/u73A5I15pU

A Tweet from Puerto Rico’s Federal Affairs Administration account stated that Rossello “has not requested any such deletion”, and that the Tweet is an “unprecedented attack on Puerto Rico and they are clear evidence of bias and bad faith towards 3.3 million Americans.”

@natresources @DavidBegnaud @ricardorossello has not requested any such deletion. The Committee’s Tweets are an unprecedented attack on Puerto Rico and they are clear evidence of bias and bad faith towards 3.3 million Americans. https://t.co/pc8arinXF6

This is not the first time that the Natural Resources Committee Twitter account has caused backlash. In 2016, @NatResources tweeted “When it’s Friday and PROMESA passed the House yesterday,” and attached a GIF of Kid President.

When it's Friday and #PROMESA passed the House yesterday. pic.twitter.com/irSbZP1wW6

That instance prompted backlash, with accusations of the committee using racist imagery, in reference to a history of the territories being alluded to in racist terms from the US mainland.

But as it turns out, Puerto Rico isn’t the only topic where the committee has raised eyebrows with its behavior on Twitter. Jake Stewart, an employee for a children’s non-profit, recounted how by merely tweeting to the committee, he had his employer contacted.

After a tweet that “accused both Massachusetts Senators of working with Russian oligarchs to get energy for Massachusetts”, Stewart retweeted how bizarre it was to make that sort of accusation. It was that retweet that lead to replies from the personal accounts of the Communications staff of the Natural Resources Committee:

"This winter, Massachusetts imported “unprecedented” amounts of #Russian liquefied natural gas from a $27 billion gas export plant on the edge of the Arctic Ocean." https://t.co/7GErzO3qnN pic.twitter.com/HfXANarxLO

“They were essentially shutting me down for what I tweeted. A mini-debate erupted, and at one point one of them tagged the Twitter account of the nonprofit that I work for (who had absolutely nothing to do with this).” Stewart said.

“What makes me uncomfortable, however, is that they took the time to track down where I worked. I have never indicated my place of work on my Twitter. The fact that they were willing to go to these lengths because of a tweet is concerning at best,” Stewart continued.

A few months later, when the Committee posted the controversial tweet on the Governor of Puerto Rico’s cancelled appearance, Stewart tweeted that the twitter account needed “to be looked into. Stewart recalled that the Communications Director tweeted again at him from her personal account, tagging his pace of work.

The back-and-forth exchange died out, but a week later, Stewart’s place of work received emails from the Communications Director herself from her work account, accusing Stewart of harassment. “This was a clear attempt to silence me for being a critic of this Committee account which, by the way, is supposed to be working for the public. She was using her title and the weight of the Committee to intimidate the organization that I work for. That is not right,” recounted Stewart. “If [the Republican members of the Committee] do not criticize this type of behavior, then they are supporting it.” He concluded.

The Natural Resources Committee has yet to respond to requests for comments.

Even private companies have been the subject of attacks from the official government account, as Patagonia recently learned. In early January 2018, the Committee posted an image on Twitter with the words “Patagonia Is Lying to You … A corporate giant hijacking our public lands debate to sell more products to wealthy elitist urban dwellers from New York to San Francisco.” Along with the tweet, the Committee also sent a newsletter with the subject: “The Source (Patagonia: don’t buy it).”

One of the communications staff replied, stating that “nobody is calling for a boycott”, but instead for the company to stop “distributing misleading statements.” It triggered a full response from Patagonia.

Unfortunately, @Patagonia refused to appear publicly to defend their lies

Whether it is targeting government officials with seemingly disrespectful tones, private individuals that sought to interact with an official government account, or private companies that go against the Republican majority’s policy goals, this behavior from a government entity is certainly questionable. 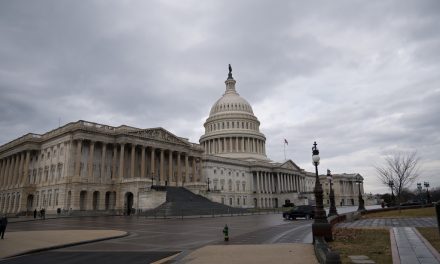 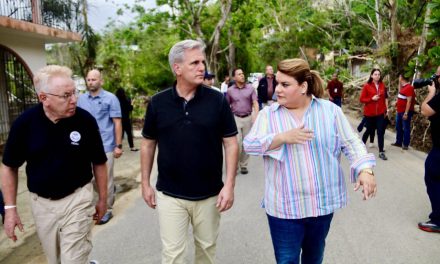 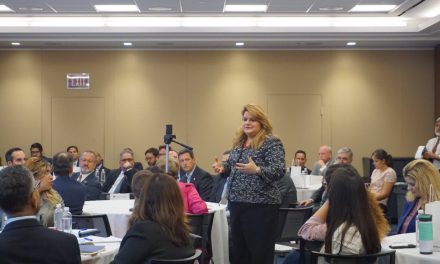