On February 26, 2019, a full committee hearing of the US Senate Committee on Energy and Natural Resources was held to examine the current state of the US territories. The Chair of the Energy and Natural Resources committee Senator Lisa Murkowski (R) of Alaska and ranking member Senator Joe Manchin (D) of West Virginia gave the opening remarks. The governors of Puerto Rico, the US Virgin Islands, the Northern Mariana Islands, and Guam attended the hearing, with the governor of American Samoa submitting written testimony.

“I think it’s fair to say that Congress doesn’t always acknowledge the contributions that the territories make on our nation,” Senator Murkowski said, “But from high participation rates in our Armed Forces, the distinct culture of the islands and their geographical importance, the territories are clearly an integral part of the United States.”

In the past two years, all territories have had at least one major disaster declared by the President.

Disaster relief is not the only area of concern: workforce issues, healthcare, tax treatment, and PROMESA are just some of the issues of concerns among territories:

Governor of Puerto Rico Ricardo Rossello’s (NPP, D) testimony focused on Puerto Rico’s fiscal and debt restricting under PROMESA; the process of economic and disaster recovery and reconstruction, including the reconstruction of their entire energy sector; and the need for equality under federal laws and programs, and the need for new tools to spur economic development and competitiveness. He also called on Congress to resolve Puerto Rico’s territorial status, by implementing the expressed will of voters who have twice expressed in the last six years a desire for statehood.

Governor of the US Virgin Islands Albert Bryan Jr. (D) discussed healthcare, disaster funding cost-share, building back to industry standards after Hurricane Irma and Maria, territorial administration of the permanent housing construction program, and improvements to the FEMA reimbursement mechanism when it came to the USVI. He called for Congress to assist with the energy sector, both to secure funding to covert from burning fuel oil to alternative fuels as well as to allocate to the USVI their share of the $2 billion in Community Development Block Grant Disaster Recovery funding for electrical systems damaged as a result of Hurricane Maria.

“Strengthening our infrastructure and ability to eliminate poverty, provide healthcare, and give us a fighting chance to compete and do more for ourselves is of our highest priority,” Bryan said, “All we ask is your gracious assistance.”

Governor of Guam Lourdes A. Leon Guerrero (D) called for legislative/administrative clarification that Guam, along with the Northern Mariana Islands, will be exempt from the prohibitions in accessing foreign labor from the Philippines. The US Department of Homeland Security’s administrative action that removed the Philippines from a list of countries eligible for the H-2B program will affect Guam greatly, Guerrero said. Military and civilian growth has been greatly supported by foreign skilled labor; without it, it would have a detrimental impact, Guerrero said.

He also called on Congress for assistance when it comes to the costs of the incoming immigrants of the Compacts of Free Association Act; as well as calling Congress to ensure that the Compact reimbursement funds account for Earned Income Tax Credit reimbursements to Freely Associated States citizens; also calling for the Affordable Care Act funding to be extended or replaced, so the Guam Medicaid program would not be forced to decrease its income guideline and terminate more than 50% of its current eligible population; and also calls for the US Department of Treasury to continue to support the Guam World War II Loyalty Recognition Act.

Governor of the Commonwealth of the Northern Mariana Islands Ralph DLG. Torres (R) said on the issues that the territories face: “We all fight against issues of geography. Limited land mass, natural resources scarcity, distance from the United States, and import reliance are key among these issues. We face labor challenges, where our locations, economies, outward migration and population sizes are not suitable to build resiliency or strength in a globally competitive market,” but that the most important of the shared issues is the “continued struggle to gain the federal government’s understanding of the complexity of achieving substantial progress for the people living in the territories.”

Torres’ priorities include: infrastructure development, destination enhancement, upgrades to the education system, diversification of the economy, reduction to substance abuse and non-communicable diseases, reduction to instances of poverty, the strong and resilient recovery from Typhoon Yutu, and the improvements to core government services. All which, Torres said, will be meaningless without the willingness of the federal government to understand their issues and address constraints without federal policy that hinder growth.

“In the process of joining the United States, we relinquished critical areas of our autonomy and entrusted it with this body [Congress], under the hope that the members that fill its halls and chambers understand and care for the people of our islands” Torres said.

Torres called the “inflexible application of federal immigration law” as one of the obstacles toward bettering the lives of the people of the CNMI. He called for Congress to reconsider the probation of construction labor under the Northern Mariana Islands US Workforce Act to allow for the CNMI to determine the allowable cap on construction permits available to both safeguard the scarcity of these permits and allow for the necessary construction on the islands.

Governor of American Samoa Lolo Matalasi Moliga (D) called on Congress for an additional $18 million in nutritional assistance ($5 million have already been awarded through the Disaster Supplemental Appropriations bill) to help those on American Samoa who were hit hard in result of Cyclone Gita. He also encouraged Congress to provide annual funding for the American Samoa Operations Grants/American Samoa Construction program to address growing needs and costs associated with maintain operations and infrastructure.

Moliga also discussed healthcare and called on Congress to consider the establishment of Block Grants to support the healthcare needs of the territories, if Congress does not extend the period of use for the ACA funds (set to lapse on Sept. 30, 2019). A minimum of $30 million to meet the healthcare needs would be the minimum for American Samoa. He did also thank Congress for the inclusion of language in the 2019 Interior Appropriation bill that helped direct assistance in renovating the LBJ Acute Care Hospital – the only acute care facility on American Samoa.

He also discussed the federally-imposed minimum wage increase, wanting more of a control or authority that the local decision makers had before the 2007 Fair Minimum Wage Act. He did not disagree with the spirit of it but said that it was a decision made “with insufficient consideration given to local conditions.” Moliga appreciates that the FY19 Interior Appropriations bill acknowledged the potentially dramatic negative impact.

Moliga also called for economic diversification through the American Samoa Economic Development Credit (also known as 30(A)), for Congress to extend and make permanent so companies would be incentivized to invest in American Samoa. 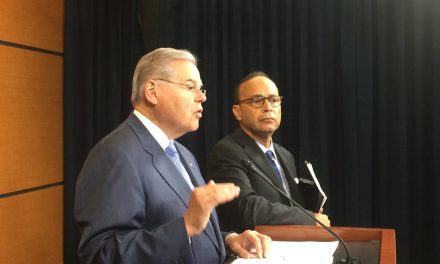 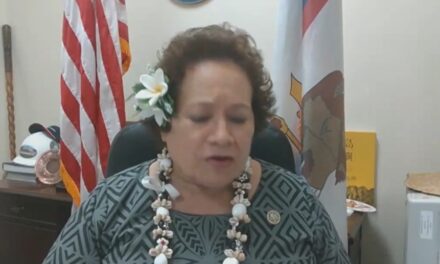 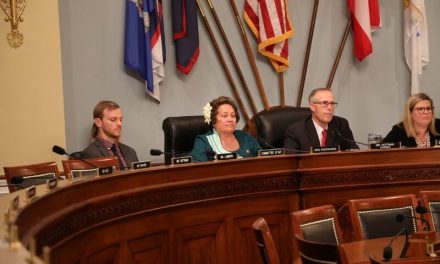 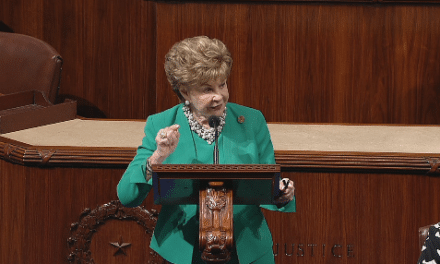