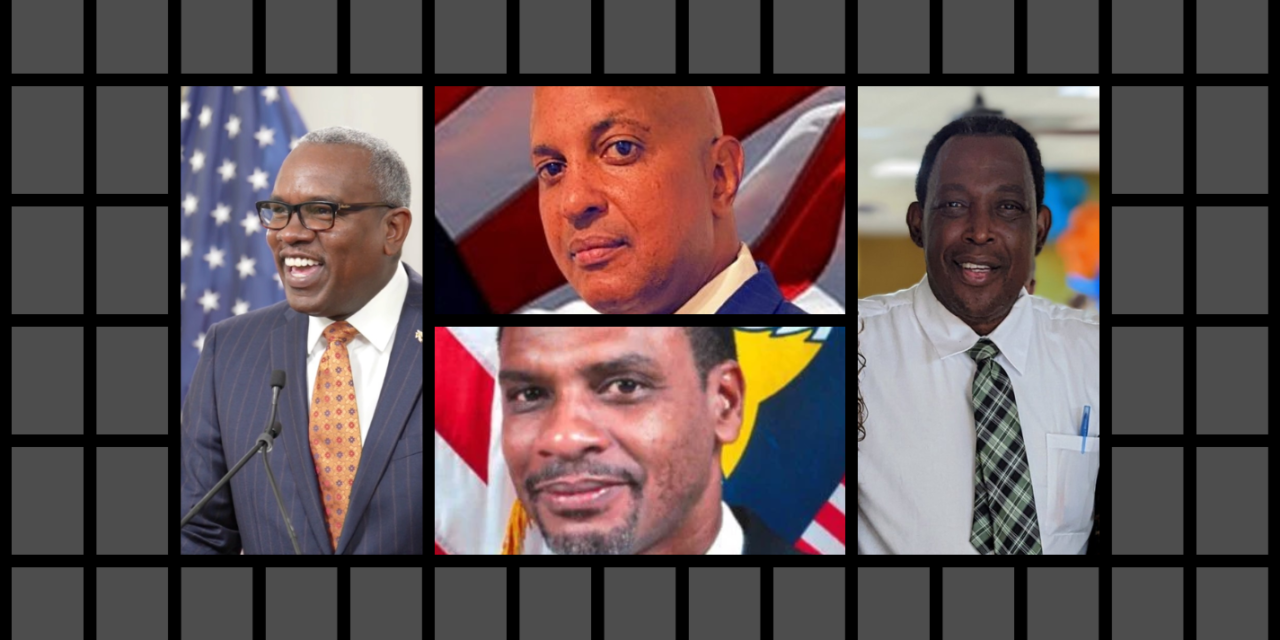 The United States Virgin Islands held their gubernatorial primary on August 6, and the general election will take place on November 8, 2022. Here is a look at the candidates for Governor and Lieutenant Governor.

The Democrats have the majority of the candidates in this election. Current Governor Albert Bryan Jr. and Lieutenant Governor Tregenza Roach are running for reelection. Bryan has been in office since 2019 and has been governor during the entire COVID-19 pandemic. In the past two years, he has worked to offset the effects of COVID-19. He developed a testing program of contact tracing that has effectively reduced cases by 10%, developed the CARES Act which helps the islands’ students learn and thrive by improving the technology at their disposal, and has made his government’s financial activities transparent to his citizens by making allocation details public. The true highlight of his campaign, though, has been his achievement of preventing the collapse of the Government Employees’ Retirement System. His plan was a historic success, as he proposed to enable the government to refinance its debt and devote the savings to the system.

The next candidate is from the Independent Citizen Movement: Stephen “Smoky” Frett Sr., and Gregory Miller Jr., his running mate. Frett is not a politician by nature but believes in rebuilding schools, developing more agricultural practices, and controlling energy prices. His main purpose for running is to help the everyday family afford basic necessities.

The other candidate, Kurt A. Vialet, is a member of the Democratic Party but is running as an Independent in this election cycle. His previous roles include Chair of the Financial Committee. He brands himself as the man who “knows where the money is.” His promises include increased access to healthcare, better mental health resources, changes to public schools, and reduced energy costs. His running mate is Janelle Sarauw.

Another independent candidate is Ronald Pickard, running alongside Elroy Turnbull. Pickard’s main concerns for the US Virgin Islands are infrastructure, oversight of the Water and Power Authority, and more access to health care. He has made his passion for justice and rights for the “common man” a highlight of his campaign.

Pickard’s main challenge has been the resurgence of 22 charges from his time as a police officer 23 years ago. Nine charges were acquitted and six were undecided, but he served ten years for the remaining seven accusations. It was then that he realized many innocent civilians are put into jail. Following his release from prison, he went on to get his bachelor’s and master’s degrees.  He has since used this experience and his education to shed light on the corruption in the US Virgin Islands police department He has worked to create a program for inmates that will provide them educational resources on topics such as computer science

The potential Republican candidate Andrew Marrero did not complete the survey to confirm his run in this election cycle.

Sanjana Sitaram is a junior at Brentwood High School in Tennessee. She was born in Singapore and has lived in Germany, England, and now the United States. These global experiences have given her an appreciation to recognize and understand the differences in cultures and peoples. Sanjana enjoys public forum debates, and also has a passion for Bharatanatyam, India’s oldest classical dance. In her spare time, she finds it fulfilling to teach refugees in Nashville basic English and Math skills, helping them have a stronger foundation in education and become more acclimated to a new environment. Sanjana is a Political Affairs Intern Correspondent at Pasquines.

The October edition of the 2016 Elections Puerto Rico Poll