.@ricardorossello is right – Puerto Rico should be a state. Its recovery depends on it. They are still crushed by debt that any state would be able to negotiate. https://t.co/ce0ClRbyUl I got married there and love the island. We must do more. 🇺🇸

Democratic presidential candidate Andrew Yang states his belief that Puerto Rico should be a US state. He asserts that Puerto Rico’s recovery would greatly benefit from statehood and his own personal affinity for the territory.

Power 4 Puerto Rico, along with over 50 other organizations, have drafted a letter marking a comprehensive platform to address Puerto Rico’s current economic and fiscal crisis. Asking for a “Marshall Plan type” mobilization to fully rebuild following hurricanes Maria and Irma.

MONDAY IS UPON US!! June 3 at a glance…courtesy of The Virgin Islands Daily News pic.twitter.com/IQ1rm49aCN

Former president Bill Clinton and 2016 Democratic Presidential nominee Hilliary Clinton pay a visit to St. Croix in the US Virgin Islands. They are there to progress the Clinton Global Initiative Action Network’s aid in post-disaster recovery.

Senator introduces bill to effectively ban the release of balloons on Guam. https://t.co/Je0ItFd8Z9

Senator Sabina Perez has introduced a bill to effectively ban the release of balloons on Guam. Bill 161 aims to end littering as a result of balloon releases into Guam’s atmosphere. Guam bans littering on land and into the water but doesn’t address balloons released into the air.

Actor Bart Johnson, of High School Musical, is in American Samoa Helping aid in the Building of Two New Classrooms

Forget the lights of Hollywood – High School Musical actor Bart Johnson is in Samoa to get his hands dirty and build the foundations for two new classrooms for a primary school that really needs it. https://t.co/1wgr2nRPp1

Bart Johnson, of High School Musical fame, is helping to build the foundations for two new classrooms at the Vaimea Primary School in American Samoa.

Representative Kilili Sablan, of the Northern Mariana Islands, calls on the federal government to take a stronger response to climate change. Citing how natural disasters have caused major disruptions in students’ education.

Nevin Brown is from the Washington DC metro area. He received his bachelor of arts in history in 2015 from Loyola University in New Orleans where he also played varsity baseball. Navin is a former Social Media Assistant Editor at Pasquines. 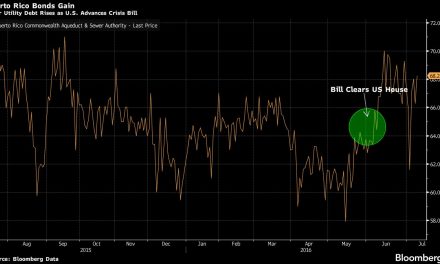