Former Secretary of State Hillary Clinton and businessman Donald Trump look like the odds-on favorites to go five for five on Tuesday, when the presidential primary calendar focuses on the Northeastern corridor. The voting in Connecticut, Delaware, Maryland, Pennsylvania and Rhode Island means 172 Republican and 462 Democratic delegates are up for grabs this week.

Trump holds commanding leads among his fellow Republicans in all five primaries slated to be held on Tuesday, according to polling data collected by RealClearPolitics. In Connecticut and Rhode Island, he’s winning by an average of about 26 points, while in Delaware he’s up by a whopping 37 points. Although there isn’t a lot of available polling data from this block of states (for Republicans or Democrats, for that matter), Trump dominates in every poll taken so far this year.

The big prize of Tuesday is Pennsylvania, which has 71 available GOP delegates. As the InsideGov visualization shows, Trump leads by 19.4 points there as of April 24.

Among Democrats, Clinton holds polling advantages in all five states, although the margins are closer than they are for Republicans. Clinton is up by an average of 5.6 points in Connecticut, 7 points in Delaware and 2.5 points in Rhode Island.

She holds her strongest leads in the states with the most available delegates on Tuesday. In Maryland, she is ahead by 24 points, according to polling averages. And in Pennsylvania, which has 210 available delegates, she leads Vermont Sen. Bernie Sanders by 14 points.

After resounding victories in last week’s New York primary, Clinton and Trump are now looking to build on their already daunting delegate leads. Although many Republicans — including fellow presidential hopefuls Texas Sen. Ted Cruz and Ohio Gov. John Kasich — still seem to be holding out hope for a contested convention, Trump’s continued victories and momentum complicate that plan.

On Sunday, the Cruz and Kasich campaigns announced that they agreed to alternately bow out of upcoming contests in hopes of blunting the force of Trump’s recent New York win and likely Northeastern sweep. In attempts to shore up anti-Trump support behind one candidate, the Cruz campaign said it wouldn’t compete in Oregon and New Mexico. Kasich’s campaign announced it would “give the Cruz campaign a clear path in Indiana.” Of the necessary 1,237 delegates, Trump currently has 845. Cruz has 559 and Kasich has 148.

For his part, Trump and his team are continuing their confident march to the general election. In early April, he brought on experienced political operatives Paul Manafort as “convention manager” and Rick Wiley as national political director. Manafort is a lobbyist who has been an adviser to a handful of presidential campaigns, including those of Gerald Ford, Ronald Reagan, George H. W. Bush and Bob Dole. Most recently, Wiley worked on Wisconsin Gov. Scott Walker’s presidential campaign, but has also held multiple positions in the Republican Party. The strategic move is one of the first indicators that Trump’s camp may shed some of its less practiced staffers in favor of campaign veterans who have run a national operation.

For Democrats, the presidential nomination race is coming down to delegate arithmetic. While Clinton’s delegate lead is not technically insurmountable, the Sanders campaign has a real uphill battle in order to catch up. In an at-times painful back-and-forth the night of the New York primary, Sanders’ campaign manager Jeff Weaver struggled to explain how his candidate would secure enough delegates in the upcoming slate of primaries.

As the visualization shows, Clinton is up by 277 pledged delegates, but that lead balloons to 741 when accounting for superdelegates. In order to secure the nomination, the winning Democratic candidate needs to capture 2,383 total delegates.

For Democrats, delegates will be doled out proportionately on Tuesday. For Republicans, the contest in Delaware is winner take all, while in Pennsylvania and Maryland it’s winner take most.

Although Clinton and Trump look likely to score a clean sweep in the Northeast, Cruz, Kasich and especially Sanders will all have their fingers crossed for better-than-expected showings to peel away some delegates from the frontrunners. All three of those candidates have said they plan to take the nomination race to their respective party’s convention in July.

More: 22 People, $43 Million — The People Doling Out the Dough for Pro-Clinton Super PACs 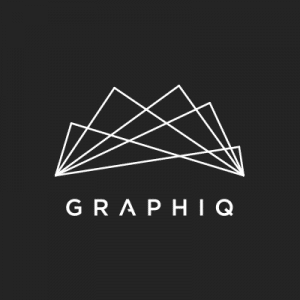 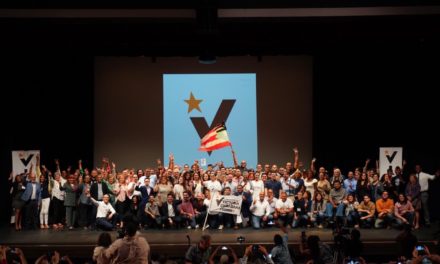 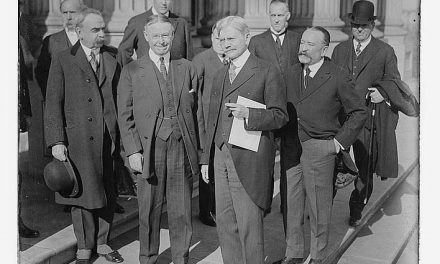