Located in the South Pacific Ocean, American Samoa is an unincorporated US territory home to some 55,000 people. Previously referred to as the Baumann islands, the territory was renamed on July 7, 1911, when a US Naval Fleet was stationed on the islands of Tutuila, Aunu’u, and Manu’a. American Samoans are able to elect their own local governor through a system of representative democracy. American Samoans, as per a United States Supreme Court decision which was upheld in 2016 at the outcome of Tuaua v United States, are not entitled to US Citizenship despite being born in a US territory. Hence, they are not able to participate in the US presidential elections. The decision, however, did not hinge on an outcome in the courts — the case was never actually heard in the Supreme Court, the original petition having been denied.

Though American Samoa possesses its own tax department, being an unincorporated territory it is still subject to certain IRS rulings. While residents of the islands are not required to pay income taxes, they are required to pay federal commodity taxes, as well as import & export taxes. American Samoans can vote in the primary elections, but are not capable of voting otherwise on the federal level. Given the number of taxes paid by the territory and its inhabitants, this is an outdated US policy which, like the treatment of taxation towards Puerto Rico, may be in need of some revision. Whether or not these come into effect will doubtless depend largely on the Supreme Court’s ability to revisit Tuaua v United States, and then the decision will be in the judicial branch’s hands.

The current delegate of American Samoa, Aumua Amata, represents the islands in the US congress. Although Amata is a Republican, her most recent work in Congress has been to cosponsor a bipartisan bill unanimously supported by the Committee on Natural Resources. The bill’s aim is to build upon and ameliorate the 21st Century Conservation Service Corps program, also known as 21CSC. The objective of the bill, as outlined on the official website of 21CSC, is to “engage more young adults and veterans in addressing backlogged maintenance and other critical projects on America’s public lands and waters.” The program, which has passed with flying colors since Amata’s cosponsorship, aims to enhance and conserve natural and outdoor settings. Particularly considerable among these to Amata’s own attention is the National Park of American Samoa (NPS), which makes up 13,500 acres of the islands. The co-sponsorship will not only assist in the upkeep of NPS, but also provide jobs to many American Samoans in need of work: The territory’s unemployment rate is as high as 29.8%. This is considerably important given that the proposed US department budget for fiscal year 2018 leaves very little room for the maintenance and upkeep of National Parks. Though the proposed budget may have looked dire, it is clear that initiatives are in the works to rebut such financial incisions.

Influx of appropriations for child care in American Samoa 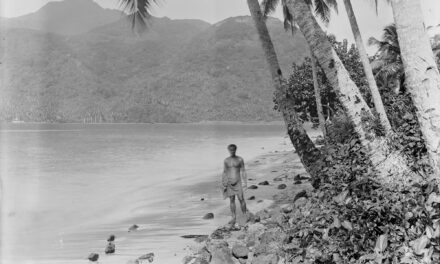