In the midst of Puerto Rico’s political and financial woes, an unusual school witnessed an important milestone. Puerto Rico’s CROEM school celebrated its 50th anniversary. CROEM is the (Spanish language) acronym for the Residential Center of Educative Opportunities of Mayagüez. The school is a specialized boarding high school that attracts high achieving students in science and mathematics from all over the islands. I reached out to CROEM teacher Elba M. Sepúlveda to learn more about the school and it’s unique students and history. She has been working there since the 1991-92 school year and has many observations about the school and her time with it. From her interview it is clear that she is not only proud of the school and her students, but also of her role in the institution.

The school is unique in many ways. In order to be admitted students must have high GPAs in Math and Science, but also be generally high achieving students across the board. It was founded by Dr. Ramón Claudio Tirado, and opened in February 1968. The school was built as part of his doctoral thesis and meant to provide young people with an alternative school to meet their needs. The first year the school had 127 students, today it remains small, serving just 120 students. Dr. Sepúlveda explained a little about what makes the school different, “CROEM is really different because of the schedule, residence area, facilities, and of course, the school community. The student is preparing himself for the university because they are leaving their homes and staying on campus. They take classes at university levels.”

She further explained how the students are selected and how classes run, “CROEM is a boarding (residential based) school that selects [the best performing] students from PR and [the] US continent, but not limited to that because we can have students that apply from other parts of the world. To be selected, students must complete an application besides [sic] if they are selected they must be able to stay at school from Sunday and return to their home on Friday. Local selected students can have the opportunity to commute, or [be] part of the non-residential program. Most of them ended staying at school because of the schedule. Classes started at 7:30 am and [run till] 8 pm…. The minimum is 9 classes, not taken every day. Classes are scheduled like in university. You can have classes in two ways: M-W-F (1hr) or T-T (1.5 hr). Having like 5 classes every day because science and math meet every day.”

From the website, the school works to ensure that, “Our students receive an education, which together with the attention of other social institutions, contributes to forming an educated human being, capable of understanding the society in which he lives, of incorporating himself into the process of social change, and who recognizes the positive values ​​that distinguish us as town. To achieve these purposes, CROEM offers a differentiated and broad curriculum with emphasis on the individualization of teaching, independent study, tutoring, research, co-curricular activities, advice by university professors, desirable study habits, and healthy social coexistence, the latter through residential life.” In order to achieve these aims class sizes are kept small, the average ratio is 5 students per teacher. The school boasts a rate of nearly 100% of its graduates being accepted into universities. It also receives yearly recognition for having a high percentage of students graduating with a perfect 4.0 average.

The school certainly seems to be living up to it’s intentions and fame. Dr. Sepúlveda described some projects that she runs for her students in science. As a result of one such project four students won a contest and will be traveling to the Johnson Space Center to test their projects in a microgravity environment in conjunction with NASA. She helps with a lot of other unusual and fascinating projects and programmes including Agriculture in Space, Submarine robotics, VEX robotics, QuarkNet (Fermilab + Notre Dame University), along with other research projects and symposiums. Her students have chances to explore the sciences that most students don’t have access to.

CROEM also has a special program that allows students, and their families, access to social workers to help support the student in their lives and in their academic journeys. Many educational philosophies highlight the need of children to have safe and balanced home lives in order to grow academically. Many public schools struggle to address the emotional and physical needs of students with counseling services due to large class sizes and lack of resources. These problems are usually compounded in places where many families live under the poverty line, and where schools are often poorly funded, like Puerto Rico. When asked about if CROEM did anything in particular to help students after the hurricanes, she mentioned that they had access to social workers and counselors, and that the school also gave assistance to students who had lost their homes. “Our school was a great opportunity for the parents that felt their children were in a good and safe place after the emergency of the hurricane.” The school was provided with two generators by the mayor of Mayaguez which allowed the school to not only to power the main education buildings during the day, but to also power the student’s residences at night during the four months the school was without power.

To celebrate the 50th anniversary Dr. Sepulveda told us that the campus put on a program called Feria de los Pueblos (Towns’ Fair). This is an event that takes place every year to mark the anniversary of the founding of the school. The fair teaches about the cultures and towns that the students come from and is meant to reinforce the schools values of community and inclusion. The CROEM Alumni Association also held several events to commemorate the special occasion.

Although this question wasn’t related to the 50th anniversary of CROEM, I couldn’t resist asking Dr. Sepúlveda her thoughts about the proposed plan to create charter schools and a voucher system. With CROEM being markedly different from other schools, I wanted to know whether or not she had similar concerns to normal public school teachers. Her answers did reflect common concerns that the change could hurt students in the name of profit, “Government and politicians may need to think wisely before selling the school or convert[ing] it into a charter. But the school has many positive things that are very similar of the scope for charter schools. CROEM [has] one of the highest performance scores on standard[ized] tests. This makes the government look good. Schools like us are attractive for conver[sion], but it will lose the sense of service. But we are selective, we can be a good option for voucher acceptance. In my opinion switching it from public to charter [could] cause a transition that will lead [to the elimination of] special courses and programs. Right now Department of Education is eliminating some of the special courses in our school because they want everybody [to be taught] the same. [This is a] really big mistake that responds to a lack of funding. CROEM is different than other schools.  Most of the teachers have courses not available in other schools. That’s the main reason most of our students want to come to our school. I hope they [will] not convert it into charter because the special programs like robotics, engineering (SCI), research, astronomy, in our school will no longer will be allowed. Having special programs for talented students like Kairos in art and music, teams in volleyball and basketball as part of the opportunities in sports make us different and attractive.
Also students with low income will have trouble because even with a voucher there are many things that will need to be covered. The only advantage that I see is that personnel [will have] to be really good to be employed. I hope that a good university buy[s] the school to preserve what we have accomplished all these years. In my opinion the proposed changes will benefit first the companies. Because the company will manage the school and need profit… In summary students with better opportunities will be able to compete for the voucher and get into a “good charter” school. In some cases will hurt students, in other will benefit the better ones.”

While the education reforms do not allow companies to run charter schools, only non-profit organizations, Dr. Sepúlveda’s answer reflects how worried Puerto Ricans are about how the changes could affect school choice.

When asked about what comments or thoughts she wanted to share, Dr. Sepúlveda said this, “CROEM for me is a special place. Not all students are capable [of dealing] with leaving their home [and living] under the stress of taking about 10 classes weekly. But the best of all for me is the end of the day… especially the end of the year in which I think about what I have accomplish. Sometimes students think that [there] is too much work and too much to learn in my physics class while in high school. Later on they figure it out that I made them stronger and capable to deal with the academic situations they will face. I feel blessed about all that I have accomplished as a teacher at CROEM and, best of all, the support I received from my family, especially my son and my husband, because they gave me the space to be a better teacher, a [better] professional, [and] a better human being. I don’t want to change any of the things I have done or the extra time for school that I took [from] family [time]. To succeed in life you need the support of people that care about you. I balance my time and put some for caring [about my] projects… At the end I just feel proud of what I taught to my students to succeed in physics and engineering as well as other areas and to overcome over obstacles. Both they and I were in a win-win situation, they wanted to learn and I wanted to give them the best experience to be a better person.”

Alumni of the school have moved on to do great things. Recently, graduate Axel Garcia Burgos, completed a project with NASA as part of his university studies. The school’s Facebook page boasts many glowing 5 star reviews with former graduates calling it an “unparalleled experience” and the “best educational experience”. 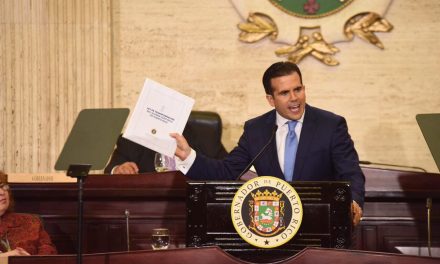 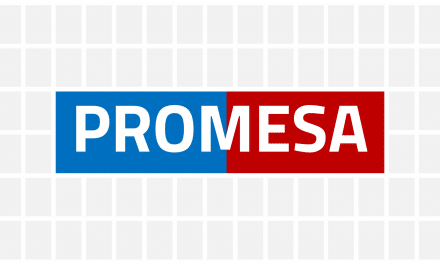 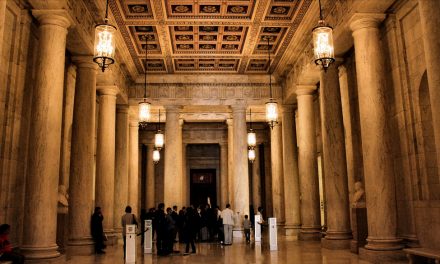 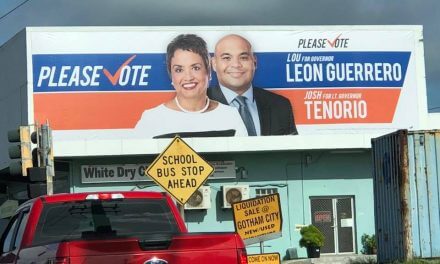